Pagani Huayra delayed for the USA 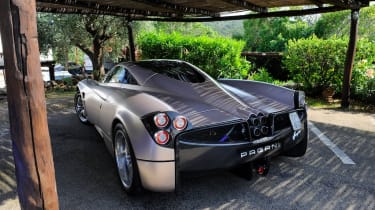 Plans to launch the gorgeous Pagani Huayra in America have hit a major snag after the US National Highway Traffic Safety Administration denied Pagani’s request to be exempted from the requirement to fit the car with ‘smart’ airbags. Pagani claimed that doing so – for the seven or so cars it anticipates selling in America each year – would cost it $4.5 million.

Other low volume manufacturers have been exempted from the requirement to fit advanced airbags that are able to use sensors to adjust their force of deployment based on an occupant’s weight and height. The Huayra was developed to meet American safety and emissions requirements, but the company clearly believed that it would win an exemption on ‘smart’ airbags. The denial will reportedly delay the Huayra’s launch in the US by at least a year.