Few critics have had good words to say about Peugeot's 207 GTI, but one of its problems is likely to be fixed later this year 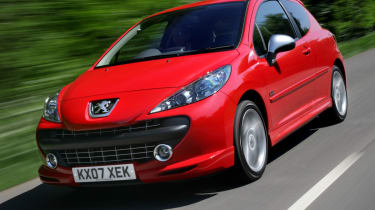 The 308 range is gradually gaining Peugeot's new six-speed gearbox, which has a more precise shift as well as its extra ratio, and it could find its way into the GTI. It won't, however, be used in lesser 207s for three reasons. First, it would give slightly worse CO2 results in the official tests, if not in the real world, because of its shorter intermediate ratios. Second, it's too expensive. And third, there isn't enough production capacity to fulfil demand for it in larger Peugeots and Citroens.