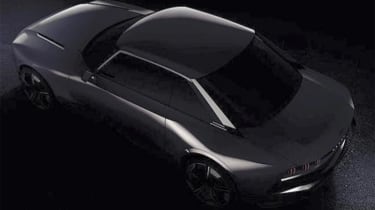 Peugeot has begun teasing its Paris motor show concept, confirming that the car will take the form of a retro-inspired coupe. Not one to pass up the opportunity to show-off a crowd pleasing design study at its home motor show, Peugeot is remaining coy on specifics, but judging by the teaser shots, inspiration has been drawn from Peugeot models of old. The relatively upright windscreen and three-box shape visible in the pictures underlines the retro-focus.

There are still plenty of unknowns where Peugeot’s new concept is concerned, including its viability for production or what might be under the bonnet, but with recent Peugeot concept cars looking firmly into the future, it’s a nice change to see Peugeot, under the design leadership of Gilles Vidal, taking a reference point from its past.

> Click here for more on the 2018 Paris motor show

Looking into Peugeot's back catalogue, an obvious comparison can be made with the Pininfarina-designed and built Peugeot 504 Coupe, an elegant 504 variant sold between 1969 and 1983. As on the old car, the Paris concept’s slender pillars and elegant use of brightwork contrast with the svelte three-box shape and subtle lighting elements. 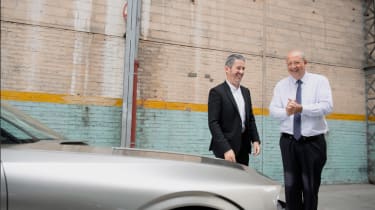 Looking further into the images, the concept also appears to use the original 504 coupe’s detached rear screen and C-pillar combination, as well as the triple tail light graphic that has also been applied to Peugeot’s current model range. The car’s surfacing is typically modern Peugeot, though, finding a delicate balance between sharp aggressive creases and a level of subtle curvature.

We’ll learn more when we see the car in full in a few days time, but with no coupe currently in the range following the death of the RCZ, and Peugeot’s recent successes with its SUVs, a production version is definitely on the wish list.