After the introduction of the 308 hatchback in summer last year, Peugeot is now going full throttle on the development of the 308 CC 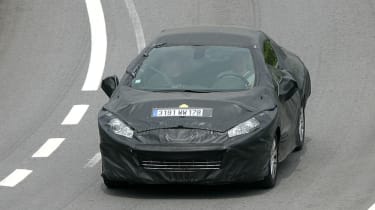 The 308 CC's due to hit the dealers in spring 2009. We snapped a prototype of the future convertible undergoing hot-climate testing in southern France. Like its predecessor, the new 308 CC will mimic the hatchback’s front-end design and will get a retractable hardtop that folds in two parts. Overall length and width won’t differ much from the 3- and 5-door hatchback but rumours suggest the CC will be the world’s first car to be offered with a diesel hybrid. All conventional engines offered for the hatchback, however, will be available for the topless car, too.