Peugeot has released a short film, revealing limited details of a new concept, called Onyx, that will be unveiled at the Paris motor show 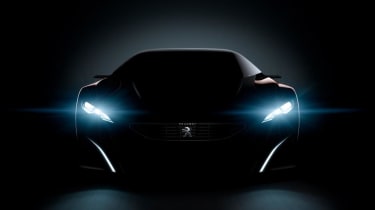 Peugeot has got a special surprise in store for its home motor show in Paris later this month. The teaser video and images released through Facebook, show a very low two-seater coupe, which the company has named ‘Onyx’.

The model is purely a concept car at this stage, and it’s unlikely that Peugeot will build the hybrid supercar. The Onyx is the latest in a long line of concept cars from Peugeot, including the 1984 Quazar, 1986 Proxima and 1988 Oxia.