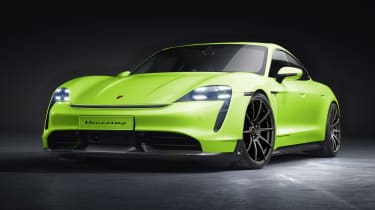 We might only have just finished our first drive of the Taycan, but America’s most prolific car fettler is already thinking about turning it up a notch. The move will be an unusual one for the tuning world, with all-electric models being almost entirely unexplored, and development will begin early in 2020.

Standard models are yet to be launched, but the current range-topping Turbo S boasts a monumental 750bhp overboost figure for launches, and a constant 616bhp. This gives the Taycan a 2.6sec 0-62mph time, top speed of 160mph and a 0-100mph time of 6.3secs, not figures we’d say need improving, but each to their own.

Company founder and CEO, John Hennessey, said: “We’ve been planning to do something with electrified vehicles for a while now. We felt that the new Porsche Taycan was the right platform from which to modify our first EV. Initially, we will start with simple modifications such as wheels, tires and interior upgrades as well as exterior modifications such as more aggressive front and rear bumpers.  After that we will see what might be possible in terms of adding more power.” 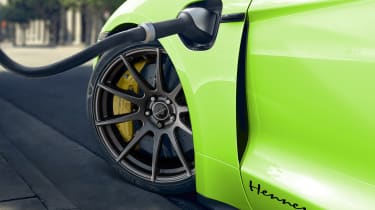 There are no promises of more power, then, but given the over-the-air power increases we’ve seen Tesla give its models over the years, we wouldn’t rule it out. 2,295kg is the weight figure for the factory car, and although most of this will come from the untouchable electric powertrain, we’re almost certain there will be some room to offer weight saving options through interior modification and wheels. Gearing will probably restrict the top speed to its 160mph factory figure, though increases of a few mph may be possible if the software can be cracked.

Porsche states that the Taycan Turbo S can be launched 10 consecutive times without battery degradation, but better cooling, something John Hennessey has shown interest in, might improve on this. Quarter mile times are also a focus for the brand, so an improvement on the factory 10.8sec time will likely be on the agenda - stickier tyres, less weight and better cooling would all contribute.

The brand will get its hands on a Taycan in early 2020, where it’ll examine every nut and bolt to determine just what’s possible. 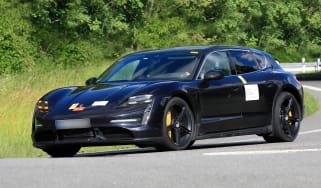 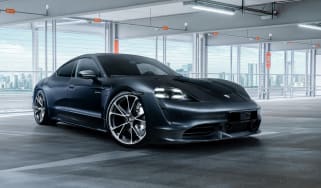 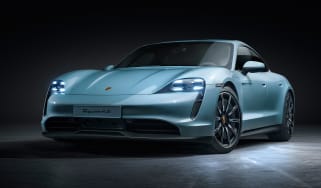 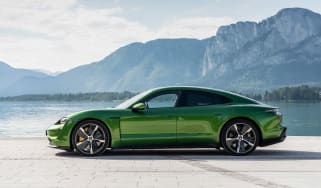