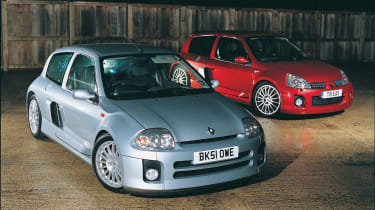 EngineOverall, the unstressed V6 unit has proved very reliable in both guises, which is a bonus because its location makes it an awkward engine to work on. You must, however, ensure you check the oil, because this again is a fiddly job and therefore something some owners don’t do. Neither motor is a heavy oil user, but both need occasional top-ups in between services.

A misfire on the older cars is likely to be caused by a failing coil and can be repaired quite economically. The 255 has had a recent recall to reprogram the engine injection computer as there is ‘a possible difference between engine speed expected by the driver and the actual engine speed obtained’. Check that this two-hour job has been carried out.

Speaking of dealers, their knowledge of working on these cars can vary enormously – ask around on the forums to find the best one near you; just because they are selling these cars doesn’t always mean they are experts on servicing them.

Tranmssion and exhaustThe gearbox may not be the sweetest part of the car – particularly on the mk1 – but the all-important reliability factor is high. If they have been subjected to abuse or just hamfisted use, then the synchromesh will have taken most of the punishment and the ’box will crunch each time you swap cogs. Avoid the car if in doubt.

The exhaust should last well and generally gives little cause for concern. However, if the car has been driven on winter roads, it may have a scruffy, pitted look, which is a shame because it is highly visible through the mesh cover.

Suspension and brakesAgain there’s little to trouble you here. Brake wear is obviously related directly to driving style, but in general, despite the weight of the car, you can expect the beefy stoppers to last as long as those on the 182; in other words, between 12,000 and 18,000 miles for the pads and 24,000 for the discs.

The suspension set-up is critical on both cars, so any knocks will have a profound effect. The rear bushes on a mk1 have a hard life and can need replacing at intervals as short as 15,000 miles.

Unsurprisingly, a fair number of mk1s have been involved in ‘incidents’ along the way, so the cars need to be examined in fine detail. Replacing damaged bodywork can be very expensive, so crashed cars are easily written-off by insurance companies; on the plus side, it means they’ll no longer be on the road and a worry to potential buyers. However, you should always run an HPI check and, if you have any doubts, get the car inspected by an expert.

Interior and bodyworkAny problems with bodywork or interior will be immediately apparent. The nose is susceptible to stone chipping and you should lie on the ground to check the condition of the chin spoiler, as it’s easily knocked or grounded on speed humps and the fibreglass may be gouged or even cracked.

The front boot leaks and therefore the drainage holes should be kept clear. Boot catches have been known to snap but the interior should be rattle-free. The plastics and switchgear may be quite a cheap grade, but they have always been screwed together well. If the car does squeak on the test drive, then be sure to ask some very searching questions of the owner. The doors on some mk1s have been known to drop a bit, but this is an easy fix.

Wheels and tyresDamage to wheels should ring alarm bells, as the suspension is vulnerable to even little knocks. Tyres are very sensitive to pressure changes, so check them regularly. Tyre life is short, particularly at the rear, where they are likely to need refreshing every 7500 miles; we recommend you stick to the original Michelin Pilot Sports. This may seem expensive, but overall running costs are very respectable for a car of this class.