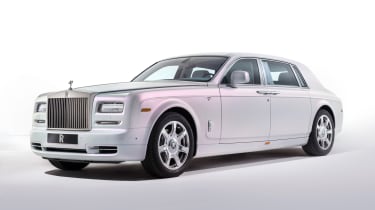 Rolls Royce says Sir Henry Royce’s maxim, ‘When it does not exist, design it,’ inspired its latest creation. It’s true that to our knowledge at least, there’s never been a Phantom trimmed in Chinese hand stitched silk, but now there is, in the Phantom Serenity.

The car itself is a standard Phantom, with the same V12 6.7-litre engine producing the same 453bhp and 531lb ft of torque. But look inside and Rolls Royce has incorporated a theme to celebrate ‘the historical role played by silk as a symbol of ultimate elegance.’ 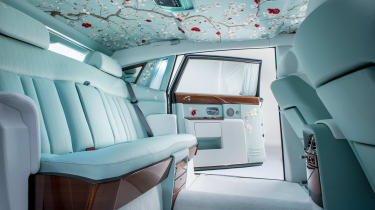 Working with Art graduates from the Royal College of Art and Plymouth University, the Rolls’ interior harks back to those found in its products of the early 1900s.

Silk sourced from Suzhou in China was hand-dyed, before being sent back to Essex to one of Britain’s oldest mills. There, it was hand-woven into 10-metres of fabric, a process that took two days. The Smoke Green layer of the fabric was threaded intricately into the fabric during this time too.

The fabric then made its way to London, where the the blossom motif, designed by Haye and Lusby, was added in traditional British and Chinese fashion. 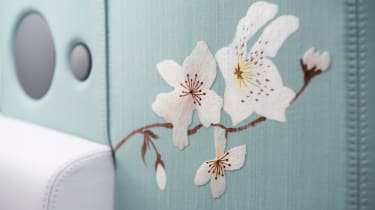 Painted artwork with a Japanese influence was also added inside the Phantom, creating a tranquil environment Rolls claims ‘makes us think of the Oriental tradition where Emperors would take to their private gardens to reflect in solitude under the blossom trees.’

The Serenity is just one of several bespoke Phantoms to be hand built at Rolls, as the carmaker claims that one-off creations like this helped to grow production by 31 per cent in 2014.