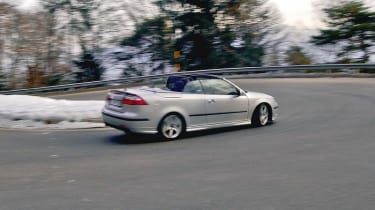 A couple of things you probably didn't know about the 9-3 Convertible: first, it is Britain's best-selling four-seater ragtop, outstripping the likes of the Audi A4 Cabriolet and the roofless 3-series; second, the Saab Convertible is celebrating its 20th birthday. All right, so maybe these are things you don't really care to know about, but you can see the significance of the convertible model to the Swedish maker, especially as the rest of its offerings still struggle to find acceptance with badge snobs for whom anything non-German is non-shortlist. By way of a birthday present to the Convertible, Saab has introduced a 'Convertible 20 Years Edition'. It's the predictable paint and glitz job, but it heralds a couple of new engine options for the UK, both of which are available in non-special edition guises: a 150bhp 1.9-litre turbodiesel that we're not especially interested in, and a 2.8-litre turbocharged V6 with 247bhp that we are. This all-alloy, transversely mounted engine is taken from GM's parts shelves (it can also be found in certain Cadillacs), but here it's suitably Saabified with a twin-scroll turbocharger and a management system programmed to produce its 258lb ft of torque in a flat line between 1800 and 4500rpm. This new range-topping engine lives in the sporty 'Aero'-spec Convertible, which means a body-kitted exterior and well-appointed interior. A six-speed manual is available to complement the Aero, but our test car was supplied with the six-speed automatic likely to find its way into the majority of UK Convertibles. This auto has a manual override system that Saab has christened Sentronic, and it's optionally available with 'paddles' on the upper surfaces of the steering-wheel spokes. At this point take some advice: don't order the paddles. They're poorly positioned in the first place, and they also move around with the wheel, making them hard to find in a hurry on a twisting road. Flicking the main gearlever into its manual plane is a much better way to enjoy the system. However, although the shifts, both up and down, are reasonably sweet, Sentronic doesn't like to be hurried and you're never left in doubt that this is an auto pretending to fulfil the role of a manual. On the other hand, if you're measured and fluid with your driving style, keeping your efforts and expectations in line with the Saab's character, then Sentronic does provide more control and driving pleasure than you'd get in auto mode alone. Encouraging you to use your head rather than your right foot is the turbo six. Though it's undoubtedly powerful, the linear, unfussed way it metes out the torque robs you of the thrill of having a turbo come suddenly on-boost and belt you down the road. This Saab has plenty of pace, but it hides it under a bushel of refinement; even the torque-steer isn't so bad, manifesting itself as a mild corruption of the steering at low speed or when you apply lashings of throttle going uphill. You simply don't feel as though you're in charge of 247bhp despite what the speedo might be telling you. Accept that the V6 convertible isn't a sports car and everything falls into place. Driven swiftly rather than aggressively, you can sail along on all that torque and the steering's ultimate lack of meat isn't such an issue, the roofless bodyshell's at-the-limit shimmying scarcely troubles you, and you can appreciate that the ride quality is pretty good for a car that does 149mph and 0-62mph in 8.1sec - 7.2sec if you choose the manual. As with all these four-seater 'premium' convertibles, the Saab 9-3 is - in evo terms, at least - a second or third car in your stable, if you like travelling al fresco with friends (with no luggage, though, as with the top down there's no space for bags). It's fast but not enthralling, though that won't prevent it remaining popular - or lasting another couple of decades. 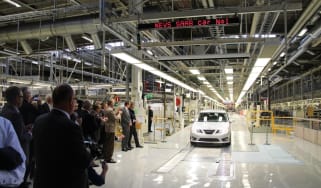 Production of the Saab 9-3 has re-started at the Trollhattan factory, as new owners prepare for new electric model in 2015. Details here
Visit/saab/9-3/11386/saab-9-3-aero-carlsson-announced 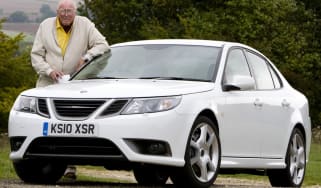 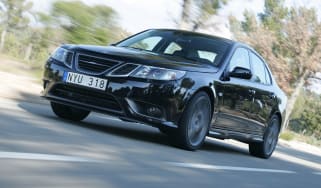 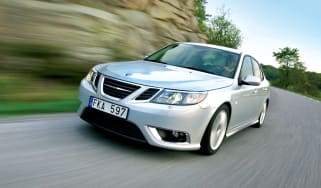 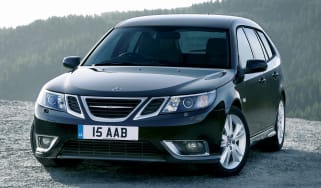 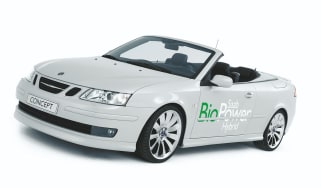 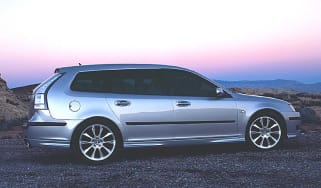 If only this new compact estate, based on the 9-3, was as good as it looks
Skip to HeaderSkip to Content