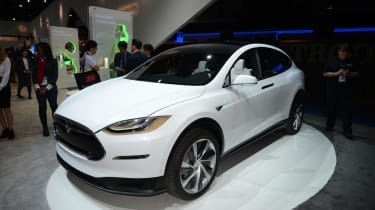 Tesla has brought its first ever SUV-crossover, the Model X, to CES 2015. Initially unveiled in 2012 and now production ready, it features eye-catching ‘falcon wing’ doors and taught packaging to become one of the US carmaker’s most practical creations.

Performance comes from a dual-motor all-wheel drive system, with a small electric motor powering the rear axle and large one sending drive to the front. The result is a 0-60mph time of less than 5sec, impressive in a car that features three rows of seats. 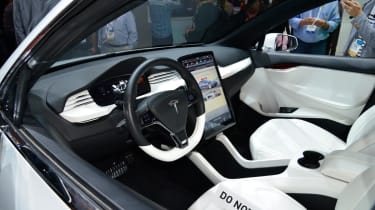 Inside, the Model X receives Tesla’s large Touchscreen, which provides internet access on the go and removes the need for buttons across the dash. Those gullwing-esque ‘falcon wing’ doors enable easier access and wider space for those climbing into the rearmost third row. 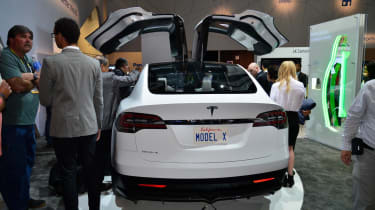 Two options are available, the standard 60kWh Model X, or a faster Model X Performance that gains an 85kWh battery.

The new car is available for order (over 20,000 reservations have already been placed) with first deliveries expected in 2016. More details will be made available in the coming months when production commences.