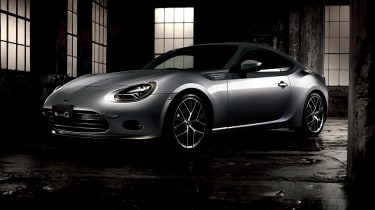 It can be a little depressing for Japanese car fans to see what vehicles are offered in the Japanese domestic market.

There are special editions too, such as the new Toyota 86 ‘style Cb’ (for ‘Cool beauty’). Designed as a more fashionable version of the lightweight coupe for discerning buyers, the style Cb gets new front end styling and a host of styling and specification detail changes.

For ¥4.18 million (around £22,800), Cb buyers get an entirely new front bumper, headlights and grille, with retro-style ovoid headlights and a much smoother appearance than the angular standard car. 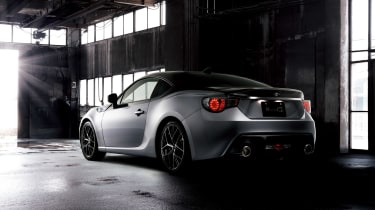 Alterations at the rear are less apparent, but the Cb is devoid of the rear spoiler standard on most UK models, and a two-tone metallic brown and beige paint scheme is significantly different from anything offered on European shores.

Different too are the side vents, the neat little 86 symbol replaced with LED-laden grilles on either side.

Inside, the steering wheel is swathed in luxurious leather, a new design of analogue dials has been implemented and there’s even – and this might be hard to reconcile given the interior of UK cars – ebony woodgrain interior panels. ‘Cb’ badging inside and out completes the look.

The Cb also gets – in common with other newly-revised 86s in Japan – revised electric power steering settings and a few more interior and exterior colour options. It’s not yet clear whether these will be replicated on European cars.

The Toyota 86 style Cb goes on sale in Japan on April 23.