One of the greatest - and hilarious - Mini races you're ever see. 楽しむ ! 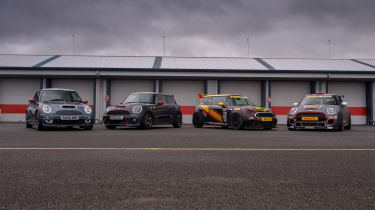 Best Motoring International is perhaps one of the greatest hidden secrets of automotive fun to be had on YouTube. From 1987 all the way up to 2011, Best Motoring produced video series that saw some of the best racing drivers in Japan battle it out in the iconic cars of the time.

We love it at evo and as such, we thought it only fitting to produce our own take. Enter four Minis and four of the best drivers evo can muster. Jethro Bovingdon, Richard Meaden, Andy Wallace and Marino Franchitti embark on one of the greatest races we've ever put together. Sit back, relax and try not to laugh.

The cars in question are a Mini Challenge S275, driven by Jethro. Marino is behind the wheel of a 2013 Mini John Cooper Works GP. Richard drives a Mini Challenge JCW and finally, Andy Wallace pilots the 2006 Mini Cooper S Works GP.

It's quite a line up and as expected, results in plentiful competition. We won't reveal the winner, but make sure you watch to the end just to witness the incredible drift one of the Minis manages.

For those who've never seen a Best Motoring video, we hope our attempt at paying homage to them inspires you to go out and trawl the depths of YouTube. 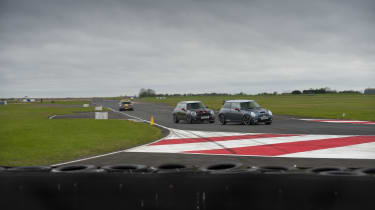