Healthy power and torque increases, plus a security mode, for only £715 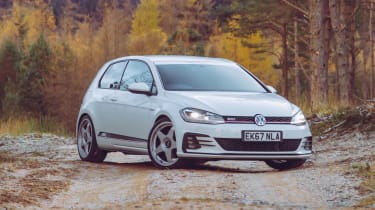 Mountune is best known for its work with Fords, but recently the company has branched out to tackle other vehicles too, and its latest offering is a power upgrade for the popular Mk7.5 Golf GTI.

Already lively with up to 242bhp in Performance trim, Mountune’s ‘m52’ upgrades extract even more from the GTI’s EA888 2-litre turbocharged four. By tweaking the ECU with Mountune’s mTune handset – something you can do at home – new power and torque figures of 306bhp and up to 350lb ft have been liberated.

Those numbers are 87bhp and 92lb ft more than the standard GTI can muster, with a corresponding improvement in performance – the 0-60mph time drops from 6.4 to 5.4sec, well within the ballpark of the old Clubsport S.

There are several calibrations too, among them an option for a low-torque tune to go easy on the Golf’s clutch (and, one imagines, the eventual clutch slip in the regular mode will let you know when you need to upgrade...).

Additionally, there’s a mode within the handset to return the car to its standard outputs, as well as valet and anti-theft modes – the former limiting power and the latter immobilising the car completely. 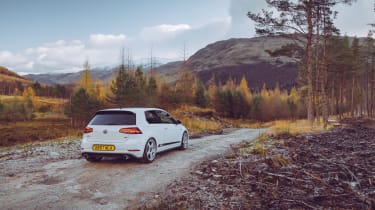 The kit comes with a gauge display, shift light, the ability to measure performance figures (and perhaps match that claimed 0-60 time), a data logger and fault-code reader, as well as the cables and carry cases required for the mTune unit. You can, if you wish, also attach an m52 badge to the rear of your car. The company also offers an induction kit upgrade optimised to the m52 improvements.

At £715.50 and supplied with a 12-month/12,000-mile warranty, the m52 kit also represents pretty good value given the significant performance increase and the safeguard of those valet and anti-theft modes.

Worth noting too that through Mountune’s m52 brand you can also find a set of the chunky Fifteen52 wheels shown in the images, so upgrades do extend above and beyond underbonnet tuning.