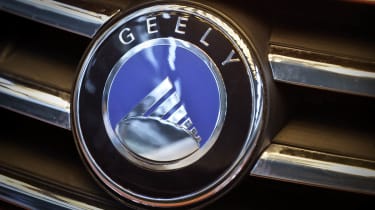 Forget Brilliance and MG Rover, this is biggest news to come out of China’s automotive sector in years. Geely, the largest privately owned Chinese car company, looks set to buy Volvo from Ford.

This latest move caps a remarkable 11-year period for Geely, which only made its first car in August 1998, and in 2009 will produce around 300,000 cars. If ever business studies students needed a prime example of a small, fast-growing car company that managed to swallow a far bigger organisation, then this surely is it.

Even if Geely and Volvo aren’t automatically on an Evo reader’s radar, none of us should underestimate the implications of this announcement. Just absorb some of the numbers at work here, and you’ll realise that the Chinese market and its carmakers are going to dominate our motoring lives over the coming decades.

As most of the world’s car manufacturers lick their wounds and try, at best, to stabilise production volumes, Geely is growing at a frankly astonishing rate. During 2009’s second quarter it grew 33 per cent year-on-year, there are three manufacturing facilities about to be finished (bringing the total to nine), and it plans to launch 42 new model variants by 2015. And that doesn’t include any of its plans for Volvo.

Of course if this deal does happen, it’s a massive coup for Geely on several levels, the most obvious of which is simply potential Chinese ownership of a major car brand. But surely the most important aspect is the R&D knowledgebase that comes with such a brand. Suddenly it has access to the very latest powertrain, electrical, safety and production technologies.

I’m actually in China at the moment, visiting Geely, so will update with some blogs over the next few days.

Watch a video of highlights from this year's Shanghai motor show