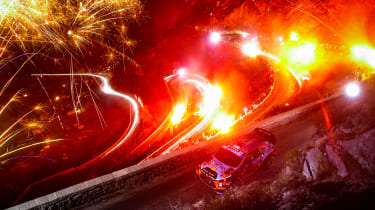 The 2020 season will consist of 14 rounds, with notable changes compared to last year being the (official) loss of the Australian round usually held near Perth on the west coast. Instead, New Zealand will take the reins for Australasia’s round, being hosted in Auckland on the North Island. New Zealand’s stages will be held on mostly flowing gravel roads, backed by incredible scenery.

This season will also see the long-awaited return of the Safari Rally in Kenya which was last held 18 years ago, with a traditional combination of open gravel roads crisscrossing the African Serengeti. The third new addition for the year is a return to Japan after a decade off the calendar, contrasting the two new gravel rounds with a tarmac rally based in Nagoya.

The cars themselves are mostly unchanged from those of the 2019 season, with the same underlying chassis requirements and turbocharged 1.6-litre four-cylinder engine. Power is limited to no more than 375bhp, and powers all four wheels via a six-speed sequential transmission. The cars may not weigh less than 1190kg, and all cars run on a control 15-inch gravel or studded snow tyre, or 18-inch tarmac tyre supplied by Michelin. Wider change is coming to the WRC in the form of integrated electrification – be that hybrid or full electric integration – but these regulation changes have now been delayed until the 2022 season 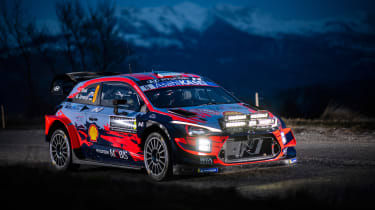