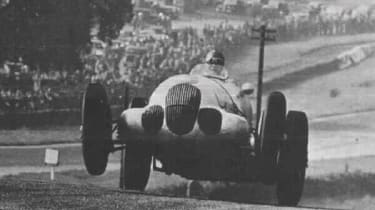 Work has already begun on the new infrastructure, but this won’t affect 2009 track activity as work on the actual circuit will only begin once this season has drawn to a close.

Donington has been a Grand Prix host before, most notably in 1993, when the European GP was won in fantastic style by Ayrton Senna, with arguably the most brilliant opening lap, when he worked his McLaren into the lead despite finding himself in fifth place at the first corner.

The first ever British Grand Prix took place here in 1931, when the parkland circuit witnessed battles between the mighty Mercedes and Auto Unions right up to the start of WWII. After that it began to fall into decline until acquired by Tom Wheatcroft in the 1970’s, and since then it grown back into one of the UK’s premier venues. It also houses one of the best motor racing museums in the country, so there’s always something to see even during the winter