Can't understand why the new Alfa Giulia is creating such a stir? These past hits should give you some idea 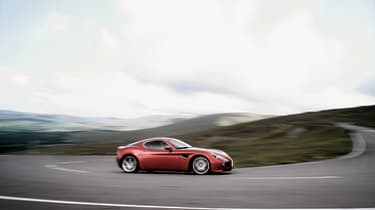 Alfa Romeo has a long and illustrious history. Unfortunately, its current range struggles to continue that tradition, and even the 4C has left evo cold when compared to the best models offered by Alfa's rivals.

We've now driven the new Alfa Romeo Giulia Quadrifoglio and we're happy to report that it's the best Alfa Romeo in years, both fun to drive and precisely engineered - qualities that have always defined the best Alfas of the past.

Back when the new Giulia was first revealed, we took a look at some of the cars that made Alfa great in the past. It's still to early to say whether the latest car will be as definitive for the brand as some of the vehicles below, but it's certainly off to a good start. 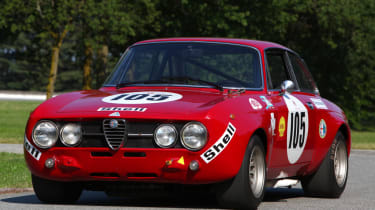 Alfa Romeo’s follow-up to the Giulietta of the 1950s was already well-received, but with the race-homologated GTA – the A standing for ‘Allegerita’, or lightened, it became a legend in its own time.

The standard 1600 GT’s engine gained a twin-plug cylinder head and twin 45mm carburettors. In roadgoing form its 113bhp output made it competitive with its on-track rival, the Lotus Cortina – while race versions produced not far short of 170bhp. The real gains came from low weight – outer body panels were aluminium (distinctively pop-riveted along the roof gutters), while the wheels were formed from lightweight magnesium.

In its opening race at Monza in 1966, GTAs occupied the first seven places, driver Andrea De Adamich claiming the title that season in his GTA. Further success followed in touring car series across the world. The 1750 GTAm, pictured here, was a further development by successful Alfa Romeo racing team Autodelta. 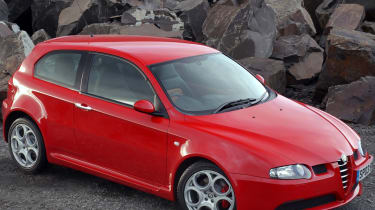 In the early 2000s, the hot hatchback class had a new weapon not popular since the 1980s – turbocharging. 200bhp-plus outputs were now the norm, typically from 2-litre, four cylinder engines. Performance was increasing, but engines were losing their naturally-aspirated character.

Alfa Romeo’s alternative was a breath of fresh air. With its 3.2-litre, 24-valve and naturally-aspirated V6, it developed 247bhp and 221lb ft of torque. Other hatches could match its 6.1 second 0-62mph time and top speed of 155mph, but no rival came close to the howl it produced towards its 7000rpm limiter.

As we remarked in our £4000 heroes test in evo 187, the 147 GTA is a car better driven at eight-tenths than it is flat out, but entertaining nevertheless. And equipped with Alfa’s Q2 limited-slip diff, an essential retrofitment, it’s even more capable. 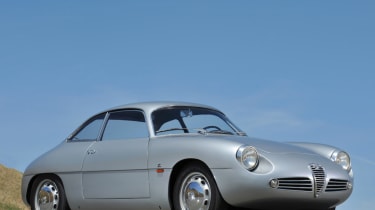 The Giulietta has all the elements of a true competition car, from its angry 1.3-litre engine to its extremely lightweight aluminum body, at just 770kg. Zagato reportedly spent 300 hours crafting each shell and little over 200 examples were ever produced.

The aerodynamic lines and featherweight chassis meant the tiny coupe was capable of 120mph, and more than adept at embarrassing Alfa Romeo’s own race-inspired coupe, the Sprint Speciale, on track. 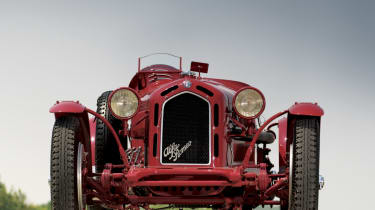 Alfa Romeo’s choice of the name 8C for its modern supercar wasn’t coincidental. It harks back to one of the firm’s most highly-regarded vintage models, the 8C 2300 Monza.

Victorious in the Targa Florio and Grands Prix during the 1930s, this particular variant of the 8C lineage was nicknamed the ‘Monza’ after driver pairings Nuvolari and Campari, and Borzacchini and Minoia took the first two places at the 1931 Grand Prix at Monza.

The engine was a 2.5-litre supercharged, double overhead cam, inline 8-cylinder. Capable of producing 178bhp, and coupled with a very light body, the car was a force to be reckoned with in the 1930s. Those lucky enough to own an example still extol its handling and performance to this day. 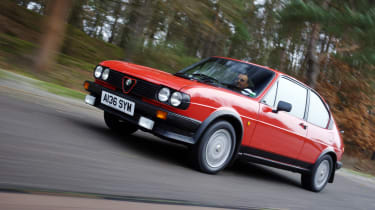 The Alfasud was the first front-wheel drive car made by Alfa Romeo, and made its debut in 1972. Given that Alfa had no experience in small front wheel drive cars, the sheer dynamic ability of the flat-four powered ‘Sud was a shock to the motoring world.

The car was especially fun in 'Turismo Internatzionale' form, pretty as a twin-carb Sprint Veloce coupe, and gave Golf GTis a run for their money in later Quadrifoglio Verde specification. But even base models proved rewarding for the average motoring enthusiast, with responsive controls and plenty of grip. Reasonable pricing also made it accessible where previous Alfa Romeos hadn’t been.

Sadly, the ‘sud is best known not for its chassis or sweet-spinning flat-four engine, but its propensity to rust. Those that survived are now highly prized for their handling and character, though still remain relatively affordable.

> Click through to page 2 to discover more great Alfas