Le Mans 2010 is set to be a battle between the two leading LMP1 teams. Who will emerge victorious? 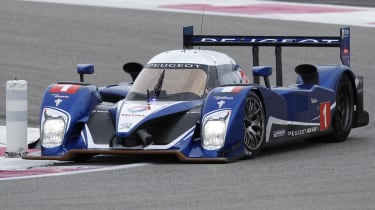 Audi may have dominated Le Mans for most of this century, but ever since Peugeot came on to the scene in 2007 it's been under more pressure than ever before. So who has the advantage this year?

Well after two rounds of the Le Mans Series (at Paul Ricard in France and Belgium's Spa circuit), Audi and Peugeot are tied on 54 points each. The momentum is with Peugeot, who scored a one-two finish at Spa on the 9th May, with the best Audi placing third. However, at Paul Ricard a month earlier Audi had taken top honours with the best Peugeot only managing fourth position.

It should make for a fascinating race at Le Mans.