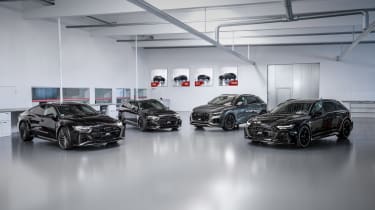 Tuning company Abt has revealed upgrades for Audi Sport’s plethora of new models that are just now reaching the marketplace after their reveal in 2019. Abt’s a company synonymous with the modification of all sorts of Audi products, but it comes into focus most acutely when applied to Audi Sport’s high-performance models.

First to be fettled is Audi’s recently updated RS4 Avant, which is powered by a 2.9-litre twin-turbocharged V6 engine that’s also found in various Audi Sport and Porsche models. In standard form the RS4 produces 444bhp, which rises to a C63 S Estate-matching 503bhp when fitted with Abt’s engine control (AEC) unit. Torque is up too, from 442lb ft to 487lb ft. 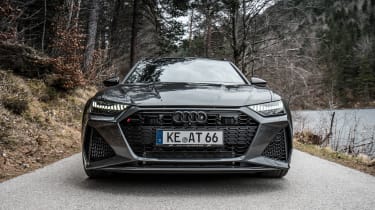 The all-new RS6, RS7 and RSQ8 all share the same 4-litre twin-turbo V8 and eight-speed automatic transmission, and are therefore all available with the same power upgrade package. As standard, all three produce 592bhp, with 516lb ft, which increases once again via Abt’s AEC unit to 690bhp and 649lb ft.

All of Abt’s performance AEC units are software-based, with no replacement hardware such as new turbos or further cooling required to reach those performance figures. As new models though, doubtless Abt will release packages with even more power in the future designed to really stretch the legs of both powertrains when fitted with replacement components. 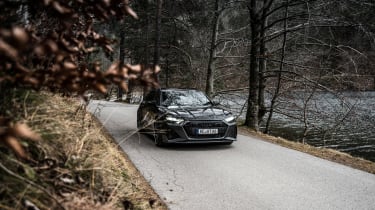 As always with Abt’s tuning packages they come with full legal certification and an Abt-supplied warranty for peace of mind. To coincide with the launch of these new packages, Abt has also revealed new 22- and 23-inch wheels to suit the RS6, RS7 and RSQ8, sizes that are bigger than those previously available on any Audi Sport models.