If your near-600bhp Audi RS7 isn’t quite powerful enough, Abt Sportsline has devised a solution 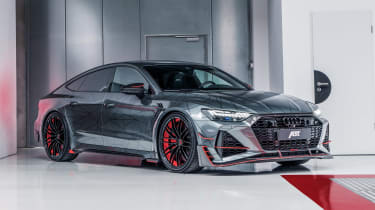 Launched in the second half of 2019, the new Audi RS7 knocked Ingoldstadt’s most potent four-door saloon up a notch, with more power, more tech and a new design. As you’d expect, tuners couldn’t help but make their mark, and so Germany-based Abt Sportsline has already created its RS7-R.

Powered by the same 4-litre mild-hybrid twin-turbocharged V8 as standard, the model now sends an additional 138bhp and 89lb ft of torque to the ground. Though performance figures haven’t been released, an output of 730bhp and 679lb ft of torque are sure to improve the already-brisk factory figures of 0-62mph in 3.6sec and a top speed of 155mph, or 189mph with the delimiter option.

Demonstrating just how strong this power plant is, no hardware changes have been made in return for this bump in numbers, with only Abt’s ‘piggyback’ Power R ECU added for improved performance. The system is as unobtrusive as possible, allowing the factory ECU to remain in place while the new unit modifies sensor values to create more power.

Limited to only 125 units, the RS7-R also comes with a number of cosmetic additions, ranging from a new carbonfibre grille surround, to a more aggressive front lip, rear spoiler and diffuser. New wheels are also included with the package. However, for an additional cost, buyers can opt for striking 22-inch ‘Aero’ wheels. To help provide both a more desirable stance and improved performance, new coilover suspension springs and sports anti-roll bars can also be had. 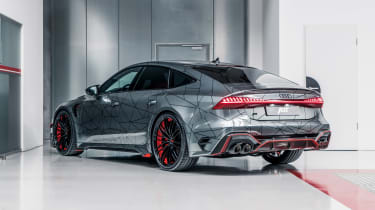 Of course, the cabin doesn’t remain untouched either, with a retrimmed leather and carbon steering wheel to be found, alongside custom embroidered seats, new ‘1 of 125’ sill plates and more – stump up more money, and you can customise the cabin further still. The car shown in these images is owned by Formula E racing driver Daniel Abt, and sports a number of custom additions including orange highlights throughout, and that wrap...

Pricing and availability hasn’t been disclosed, but Abt Sportsline has confirmed that every example will come with a two-year guarantee. 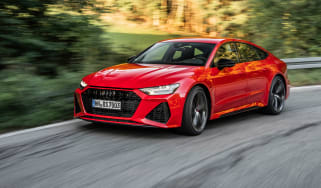 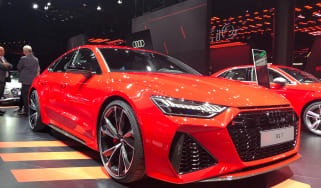