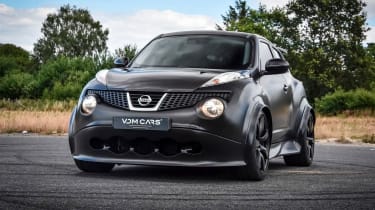 The compact SUV is a thing of nightmares for car enthusiasts, and although it’s often considered to be one of the best, the Nissan Juke is no exception. Combine it with the GT-R supercar in an official skunkworks project, however, and you have something a little more interesting. The fifth and final Juke-R ever to be made is now up for sale, for the eye-watering sum of $719,579 (approx. £580,000).

Officially titled the Nissan Juke-R700 R35, this particular example was finished in 2018, and boasts the VR38-DETT 3.8-litre twin-turbocharged V6 you’ll find in the brand’s flagship supercar – as the name suggests, it’s in a near-700bhp state of tune. Performance figures aren’t disclosed, however the lesser 592bhp Juke-R 2.0 covered the 0-62mph sprint in under 3sec, and went onto a top speed of over 200mph.

Developed by UK-based Ray Mallock Ltd, and built by Severn Valley Motorsport under the watchful eye of Nissan, this Juke-R boasts uprated downpipes, a new air intake system and more, to help it reach its 690bhp output. Helping the compact SUV cope with such high performance are 400mm front brakes sitting behind GT-R wheels, with adjustable coilovers also included. 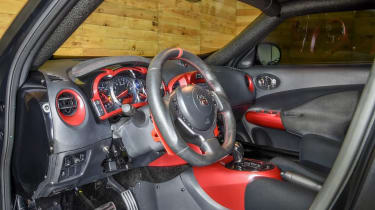 Aesthetically, the Juke receives the Nissan/RML Juke-R carbonfibre widebody kit for a more aggressive stance, improved cooling, and greater high speed stability. Inside, the driver is treated to Nismo Juke-R bucket seats, Sabelt harnesses, a roll cage, and a handful of components from the R35 GT-R – there’s even an uprated sound system for when you’re not lapping Maranello’s latest supercar in your compact crossover.

The fifth and final Juke-R to be produced, this 12-mile car is said to be the only one ready to drive, with two owned by Nissan, and the other two having been crashed… Up for sale with James Edition in Germany, its $719,579 (approx. £580,000) price tag might be difficult to comprehend, but being an official Nissan project, we don’t think it would look out of place in a (somewhat eccentric) collection. 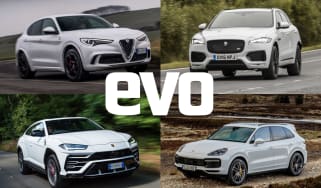