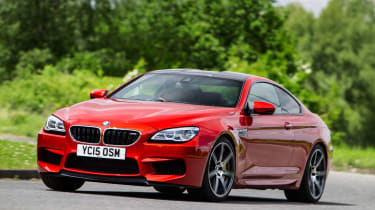 The outgoing car’s engine options remain, but thanks to a more aerodynamic body and the latest EfficientDynamics features, most offer better mpg and lower CO2 emissions (each engine delivers best efficiency with the Coupe body). At entry level, the six-cylinder 3-litre turbo diesel 640d Coupe now produces a claimed 139g/km of CO2, down from 143g, and can achieve a claimed 54.3mpg combined (up from 52.3). 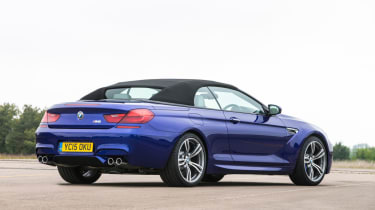 But the fastest model of the range, the M6, brings no improvements to economy and CO2 output. The M6 produces 552bhp and 501lb ft of torque from its twin-turbo 4.4-litre V8, and in fastest Coupe guise, is capable of accelerating from 0-62mph in 4.2sec. Top speed is limited to 155mph (as are all of the 6 Series models).

Now fitted to all petrol models is a sports-tuned exhaust with a switchable valve (adjusted via the car’s Driving Experience Control system). Opening the valve not only alters the exhaust’s tone, but also reduces back-pressure to sharpen the engine’s responses. 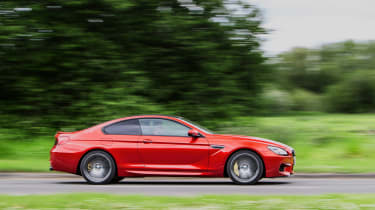 Amongst the main exterior changes to the 2015 model are new kidney grilles with nine rather than 10 bars, standard fit LED headlights (Adaptive LED units are optional), a new rear bumper with a horizontal chrome insert and more angular door mirrors. 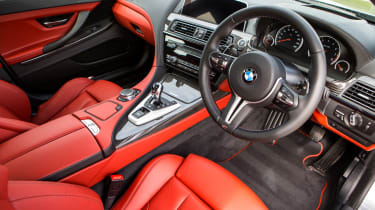 Inside, the 6 Series gets a dash wrapped in leather as standard – previously this was an option – while the centre console now receives a high-gloss black finish. UK models will receive Dakota, Nappa (available in two bi-colour options: Ivory White with Black or Cognac with Black), or Merino leather trim as standard too, depending on the model.

Standard tech features include ConnectedDrive (previously an option), which adds full satnav and connected infotainment features, which work via a SIM card. Drivers will therefore have access to BMW Concierge Services.

Added to this are a head-up display, an updated central display, adaptive cruise control (which can bring the car to a halt and accelerate in traffic), lane departure warning, collision and pedestrian warning and an auto brake function. 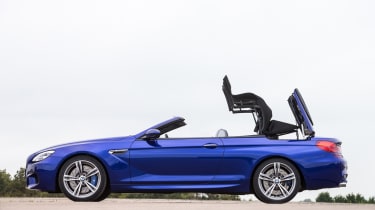 Our drives in the 6 Series range confirm it's a supremely talented gran tourer, with power and torque to spare across the range – especially in the 650i – though admittedly, the car’s eight-speed automatic gearbox can spoil the trend with its tendency to change down earlier than required. And the M6? We were impressed by its point-to-point pace and agility, especially given its near two-ton kerbweight (1925kg).

Rivals are close to non-existent for the 6 Series, with the similarly specced Mercedes E-Class Coupe and Audi A5 coupe both lagging behind the BMW for overall class and sporty nature. As a result, both are priced considerably lower.

It’s worth noting that since its introduction to the range in 2013, the Gran Coupe has consistently been the best selling body shape of the 6 Series. 2014’s 1452 Gran Coupe sales accounted for more than half of the model’s total sales, which amounted to 2830 units in the UK.