BMW i3 review – the city car perfected? - Engine and Gearbox 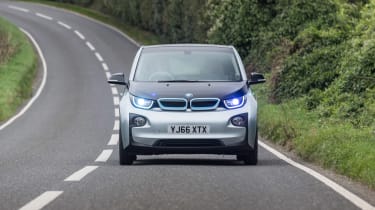 At the heart of the BMW i3 is a bespoke electric motor tagged BMW eDrive, which its maker also refers to as hybrid synchronous in design. It was developed in-house and is also used in the BMW i8. It's mounted at the back of the car and drives the rear wheels through a single-speed transmission.

Although it revs to 11,400rpm and produces up to 168bhp, it's the torque output (184lb ft) that matters most, as it's available from the second you press the accelerator. The seamless, almost unrelenting acceleration that results from this is utterly comical at first because of the quietness that accompanies it and it becomes quite addictive.

Revealed in 2016 and updated for 2017, BMW has increased the size of the i3's battery pack. In electric-only form, capacity has leapt 50 per cent from 22kWh to 33kWh, yet the pack takes up no more space in the car's structure - an indication of the current rapid rate of progress within the industry. While the previous pack was good for around 120 miles on the European cycle (and less in real world driving) the new pack is apparently good for 195 miles. 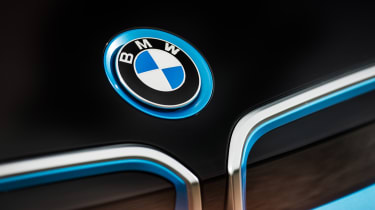 The American EPA figures are probably more realistic indications of your actual range (and the general improvement): Previously, it rated the i3 as an 81-mile car, which has now climbed to 114 miles. Realistically you'll probably do a little better than that - 120-130 miles is achievable - but either way, a 30-odd mile gain is not to be sniffed at.

For the record, the range extender engine is a 650cc motorcycle-derived parallel twin-cylinder petrol unit mounted above the rear axle. Its 33bhp output is devoted solely to generating electricity - there is no physical connection between it and the wheels. It's fed by a miniscule nine-litre fuel tank, so-sized, we're told, to maintain the i3's boot space.