More power, less downforce means the 2017 DTM cars could be tricky to drive, but great to watch 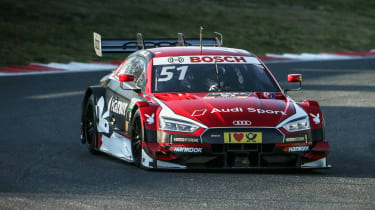 The start of the 2017 DTM Championship (Deutsche Tourenwagen Masters) is looming, with the first race set to take place on the 5th to 7th May at the Hockenheimring in Germany. Along with a new chairman for the Championship, ex-Formula 1 driver Gerhard Berger, there are a host of new rules.

Firstly, both races of each weekend will be of an equal distance. Rather than the 40 minute Saturday race and then a second 60 minute one on Sunday, all of the 18 races that make up the 2017 season will last 55 minutes, plus one lap.

Both races will also require each driver to come in for an obligatory pit stop. Previously, there was no compulsory stop in the shorter of the two races, just the 60 minute Sunday one. 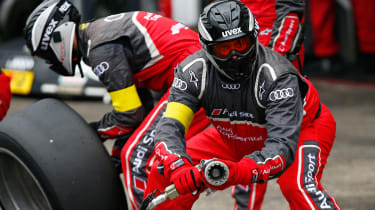 The pit stops themselves have also been altered. Now, the pit crew are restricted to just two members and one air gun to each side of the car to increase pit stop time. Tyre warmers have been banned, too.

These changes to the race format have been imposed to encourage more creative race strategies and increase the amount of on-track action and overtaking. The cars have also been subject to new rules to make them more challenging to drive and hopefully increase the spectacle of the race.

Each car is still powered by a naturally aspirated four-litre V8, but larger intake air restrictors have allowed the engines to produce over 500bhp. As well as the extra power, the downforce each can generate has been restricted; the shape of the front splitter, underbody and diffuser have been changed and ride height has been increased. The DRS on each car will be more effective this year, allowing each car to reach higher top speeds.

The first sign of BMW’s 2017 M4 DTM has come from a rendering being used in a digital simulation showing the effects of the new aerodynamic regulations. The computational fluid dynamics (CFD) representation shows the high- and low-pressure areas that the M4 creates moving through the air and the wake it leaves behind. A matte black version of the car has since been spotted testing. 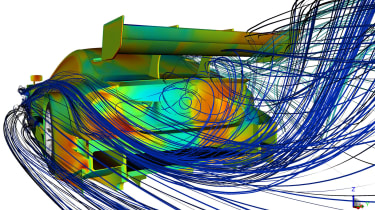 We might not have seen the new car, but we do know who will drive the six BMWs. The 2017 team includes reigning champion Marco Wittman, 2012 champion Bruno Spengler, ex-F1 driver Timo Glock, Tom Blomqvist, Maxime Martin and Augusto Farfus.

> Find out about Audi’s new RS5

Audi has unveiled all its new 2017 cars, the six RS5 DTM cars will be ran by three teams (Abt Sportsline, Rosberg and Phoenix) and all three will run individual liveries. Two-time DTM champion Mattias Ekström’s car will be sponsored by Red Bull and Audi’s WEC driver Loïc Duval will drive an RS5 with Castrol Edge and Aral fuel sponsorship. The other four cars will be driven by René Rast, Nico Müller, Mike Rockenfeller and Jamie Green with sponsorship from Playboy, Hoffmann Group, Schaeffler and Auto Bild Motorsport Magazine, respectively. 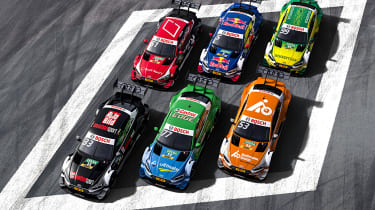 > Read our review of the Mercedes-AMG C63

We’re yet to see anything more than a plain black version of the new Mercedes DTM car, but the Stuttgart manufacturer has revealed its 2017 driver line-up. Ex-F1 driver and 2010 DTM champion Paul di Resta will continue to drive for Mercedes and will be joined by fellow Brit and 2005 champion Gary Paffett as well as Lucas Auer, Maro Engel, Edoardo Mortara and Robert Wickens. 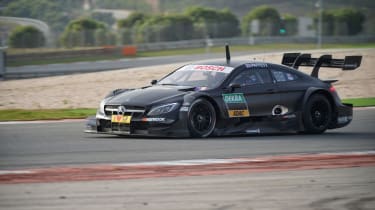