In the face of talented rivals, the M4 remains a solid, sophisticated option for keen drivers

This is BMW’s first M4, the result of a convoluted new naming strategy it has employed across its model range, but be in no illusion that in the saloon-based performance coupe sphere, BMW doesn’t only know how to play the game, it pretty much created it.

So when BMW launched the M4 back in 2014, its mixed reception didn’t so much come as a surprise, but rather bewilderment about what could have possibly gone wrong. Since then, the M4 (and its four-door M3 sibling) has undergone multiple revisions, as well as been diversified into the excellent, but eye-wateringly expensive CS and lesser Competition Pack options.

Equipped with the same 3-litre twin turbocharged straight-six from its initial launch, the M4’s speed has never been in doubt, but has BMW been able to reintegrate the finesse which helped define its illustrious forbears? There is no quick way to describe how the M4 drives – suffice to say it could never be described as dull or benign.

The M4's complicated reception has not only been affected by its reputation either, because where previous M3s largely had their corner of the market to themselves, the M4 most certainly doesn’t, with the charismatic Mercedes-AMG C 63, Alfa Romeo Giulia QV and Audi RS5 all raising their game for class honours.

So does the M4 still deserve its place at the top of its mount, or has the king been dethroned? Read on to find out. 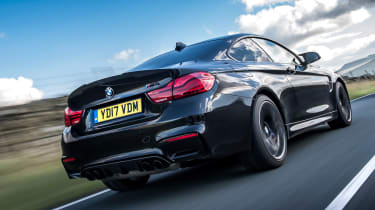 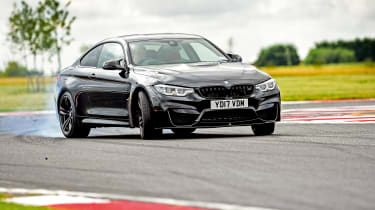 Prices for the non-Competition M4 start from £62,300 for the coupe, rising to £66,520 for the convertible. Should you be heavy-handed with options though, prices can easily exceed £70,000 for both; carbon ceramic brakes alone add £6250, for example, while adaptive LED headlights cost £1200. The Competition Package adds another £3000 over the standard car.

If you're looking to buy an M4, you might have been advised to opt for the £2695 DCT automatic gearbox purely for residual value. We're not so sure ditching the standard-fit manual is a wise move, though, nor do we think it will necessarily help with resale value.

Move up from the standard and Competition Pack variants and you'll find the £89,130 M4 CS, a car that replaces the extreme GTS as the range-topping model. Though it's not limited in numbers like the M4 GTS, the M4 CS is harder to source than the standard car. Under the skin, Munich's finest engineers fettle the coupe to be the best driving machine possible, whilst retaining the ability to drive it everyday, unlike the hardcore GTS.

The price and performance of the M4 put it squarely in line with the likes of the new C63 AMG, Audi RS5 and the Lexus RC-F. Arguably, the M4 is a different ownership proposition to all of them, being a more raw and hard-edged car. But these M-cars lack some of the drama that their rivals offer. 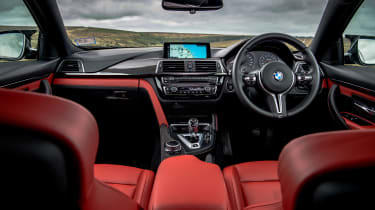 Plenty of track testing with the M4 reveal that the carbon ceramic brakes are fantastic, but perhaps not an option worth ticking unless you intend on driving the M4 frequently on track.

In pure specs terms however, the M4's standard offering perhaps bests its rivals. iDrive remains one of the best in-car entertainment systems you can get, while the special M-Sport seats are nice to look at and fantastically supportive and comfortable.

Alfa hasn't pulled any punches with its new Giulia. The Quadrifoglio comes with a carbonfibre prop shaft, torque vectoring, adaptive dampers, a carbonfibre bonnet and front splitter, as well as optional carbon ceramic brakes. The Alfa Romeo's interior looks special, even if it doesn’t feel very premium. There are several touches clearly lifted out of the Ferrari rule book, including big aluminium shift paddles and an engine start button on the wheel.

To drive, the Giulia feels progressive and engaging, while the engine remains exciting right the way to its 7000rpm redline. It also puts out a sound that's easily on par with the M4, but not quite a match for the C63's turbocharged V8. 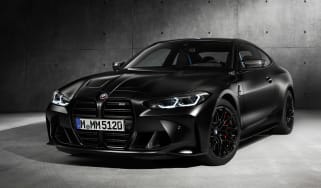 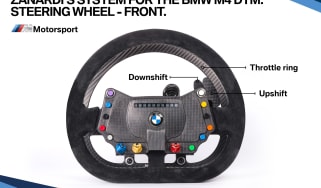 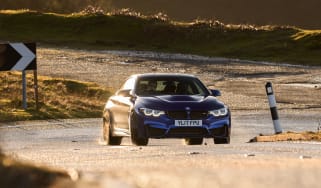 Not as extreme as the GTS but more focused than the standard car, the BMW M4 CS is the most amenable and exploitable M4 yet.
BMW M4 Convertible Edition 30 Jahre revealed 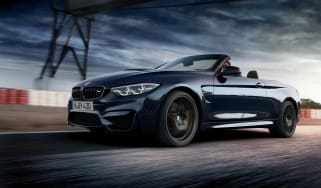 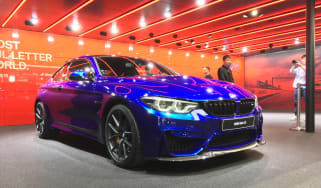 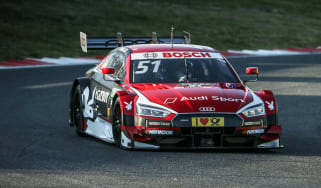 More power, less downforce means the 2017 DTM cars could be tricky to drive, but great to watch
BMW M4 Competition Package review - does it fix the M4's faults? 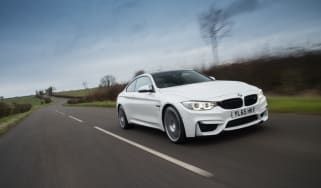 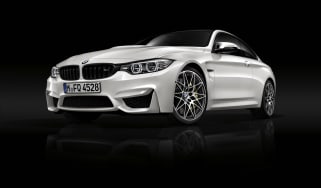 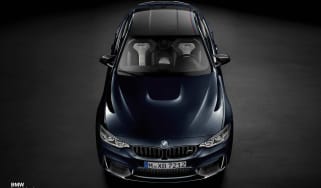 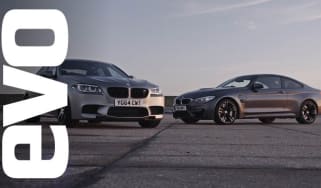 Two German giants battle it out to find the true 'thrill of driving'
Is this the best looking safety car ever? BMW's M4 MotoGP offering 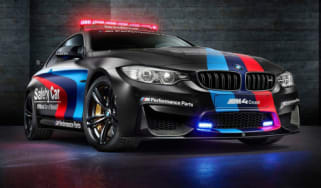 Is this the best looking safety car ever? BMW's M4 MotoGP offering 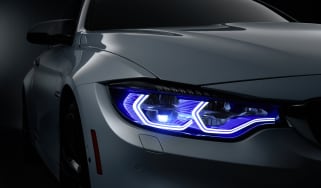 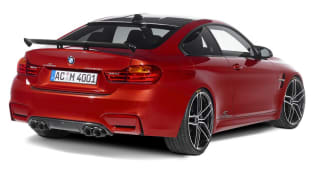 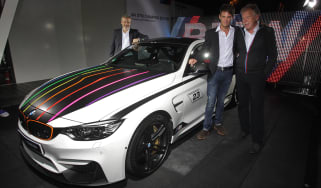 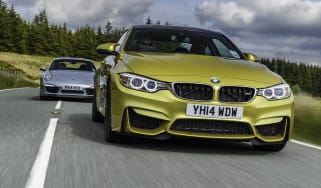 With the BMW M4's direct rivals getting on a bit, we pit it against a foe far tougher - the Porsche 911 Carrera. Track battle video here
Skip to HeaderSkip to Content