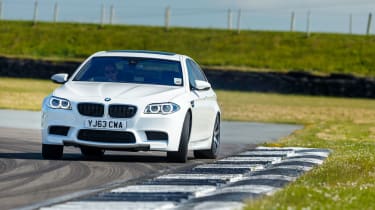 Running a twin-turbo 4.4-litre V8 is never going to be cheap, but BMW claims a reasonable 28.5mpg on the combined cycle. On a motorway run that could just creep into the 30s, but the moment you stretch the car over an inviting stretch of road it could equally drop into the low teens.

An 80-litre fuel tank means real world range now tops 400 miles at a gentle cruise, which is a significant improvement over the previous model.