Fancy four seats and 400bhp+ for as little as £15,000? Look no further than these six second-hand supersaloons 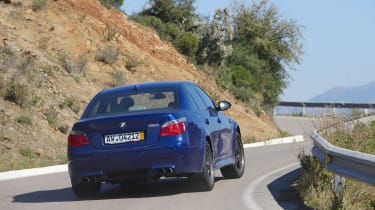 ‘The original car had a split personality,’ says Andy Heywood of the Maserati Quattroporte 5. ‘It was a sports car in a saloon body that appeals to the Maserati fan, but the auto cars are good in a different way.

‘It’s extremely difficult to predict clutch failure on the DuoSelect, but diagnostics can read the percentage wear. To change the clutch, including the flywheel, costs £2000.

‘They don’t go wrong like old Maseratis, but when they do, the parts prices are frightening.’

With a DuoSelect Quattroporte, Elias Elia advises manually downshifting into first when travelling below 10mph, such as when approaching a roundabout: ‘Otherwise it’ll ride the clutch in second gear, wearing the clutch prematurely.’ 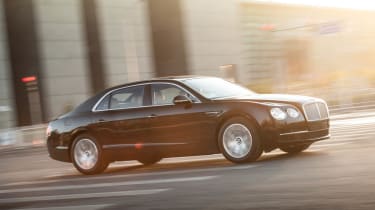 I bought one - David Hemmings

When I first drove my Panamera the thing I really noticed was its planted feel. It’s much easier to drive than a 911 – you just don’t have to think about it. I find it a real bonus having four seats, and the driving position is very low down compared to other sports saloons. It’s a car that shrinks around you.’

‘Not a lot goes wrong with the Panamera. I’ve seen a few air-con compressor failures, and they’re hard on brakes, but as a luxury GT they’re great. I’d buy one as my own car. If you have 19-inch wheels or above, make sure you get one with air suspension, otherwise the ride is badly affected.’

If I had to pick one supersaloon, it would be an E60 M5, Much is said of the V10 engine, and the SMG ’box, but thread an E60 along a challenging B-road and it’s the exquisite chassis setup and balance that impresses most. With modern supersaloons trading firepower for finesse, the E60 M5 is an experience to covet. Great value, great car.