A flat battery can be a nuisance, but inconvenience is easily avoided with a mini jump-starter pack… 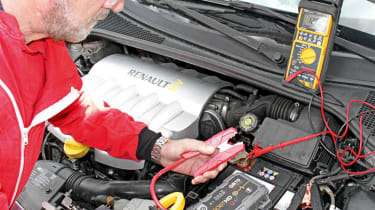 We’ve all encountered a flat car battery at some point or another. Suffice to say it's an incredibly irritating occurrence you could do without. However, with a mini jump-starter pack, a flat battery can be re-energised in a matter of seconds, getting you back on your way. We test the best mini starter packs available to find our pick.

Now the size of small books, thanks to advancements in battery technology, mini jump-starter packs can be conveniently tucked away in the glovebox ready to be deployed when required. While they certainly pack a punch, they won't be able to revive a car that’s sat idle for months, so don't go expecting miracles.

How we tested them

To find the best we laid down some basic criteria by which to rank the mini starter packs. Charge retention is obviously key, so those with the most juice left after five five-second attempts to start a car would score better. Extra features adding functionality, such as USB outlets, were considered in the final order. So, too, was the clarity of the instruction manuals, and of course price played a part as well. 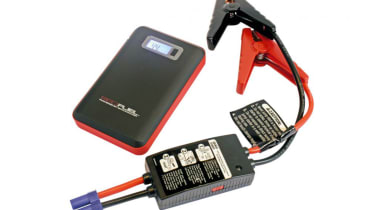 It’s clear digital display makes it easy to use and a pair of USB outlets means you can charge your phone, too. More importantly, the 42cm leads are the longest on test, giving it a practical edge. The Sealey made light work of the five starts, left with 61 per cent of charge after the workout. Moreover, it was one of the better-value products on test too, helping it clinch overall victory. 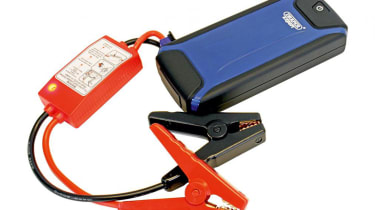 Slightly lower tech than the Sealey, the Draper forgoes a digital display in favour of a quartet of LEDs to indicate how much charge it has left in store – which was plenty after the five start attempts, as all four LEDs remained lit. Usefully, it can be recharged from a 12V socket (once you’ve got your car going), as well as from the mains, and the leads were sufficiently long, too. 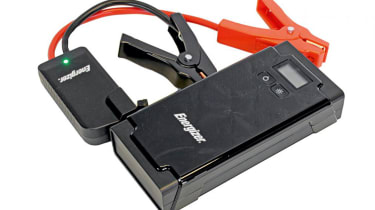 A big capacity of 12,000mAh helped the Energizer perform admirably in the five-start test, only using 10 per cent of its charge. While it scored well here, only one USB output is offered and the bulky design makes it more difficult to secure the clamps to the battery terminals under the bonnet, but thanks to the long leads it’s not too much of an issue. What prevented the Energizer from taking top honours was the expensive price tag attached. 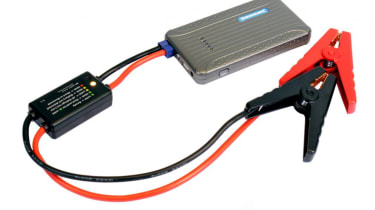 More compact and significantly cheaper than others tested, the Silverline is easy to recommend. At the lower price point, though, it doesn't offer as much extra functionality: it can only be charged from the mains and makes do with just one USB socket. That said, it had no trouble with the five starts, although two of the five LEDs, which indicate how much charge is left, went out. Moreover, clear instructions were a welcome bonus. 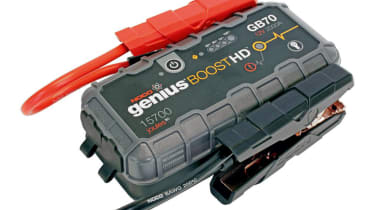 An American import that comes packing, the NOCO is the heaviest unit (1.8kg) and the most expensive too, but not without justification. It started the motor with ease each time with plenty left to give, showing that it could start the biggest of engines without stuttering. It didn't fall down in the practicality stakes either, with a clear LED readout and rubber flaps to protect all the sockets. But priced near £200 it's hard to justify the heavy-duty unit.