Northern Irish rally driver, Kris Meeke, has lost his drive with Citroën Racing after a series of ‘particularly heavy’ accidents 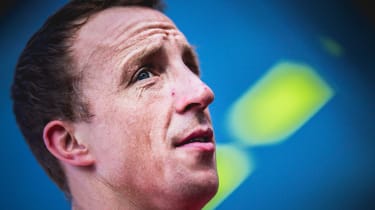 Last night, Citroën Racing released a statement declaring that Kris Meeke would no longer drive for the team. The decision was made on the grounds of safety, due to the excessive number of crashes that have occurred with Meeke behind the wheel of his C3 WRC.

Peirre Budar, director of Citroën Racing, said: ‘This wasn’t an easy decision to make because it affects a driver and a co-driver, but it is largely founded on safety issues which come under my preoccupations as team principal. We have consequently chosen to make this decision as a preventive measure.’

At the last WRC round in Portugal, Meeke was airlifted to hospital for medical checks following a severe crash. Earlier in the season he squandered his chances of catching Sebastien Ogier in Mexico with a mistake he described as ‘stupid’. He finished that rally in third, the only podium position he’s had this season.

Of course, Meeke isn’t the first rally driver to get a reputation for crashing repeatedly, but since joining Citroën in 2013 the 38-year-old rally driver has only won five WRC events, with a highest place championship result of fifth.

Without the results it has hoped for and crashes that Citroën Racing has described as ‘particularly heavy and could have had serious consequences with regard to the crew’s safety’, it’s not hard to see why the team has come to this decision.

> The future of rallying

However, the statement didn’t have the veil of courtesy that most official releases are covered with and was particularly blunt. Meeke clearly wasn’t given much notice before the decision was made public, either; only 40-or-so minutes before Citroën Racing announced Meeke and his navigator, Paul Nagle, would no longer be part of the team, the British rally driver had taken to social media to proclaim his excitement for the next WRC round in Sardinia.

Citroën Racing has not revealed who will take Meeke’s place for the rest of the season, only that Craig Breen and Mads Ostberg will still drive as planned. Nine-time WRC champion Sebastien Loeb had agreed to compete for three rounds of this year’s season, but with a gap in its driver line-up, Citroën Racing may want to extend that contract.