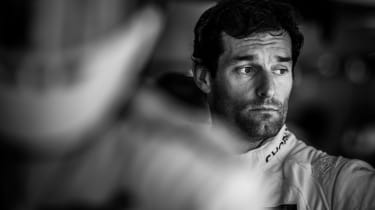 Eight is considered a lucky number in China, though one might argue it was skill, determination and an ever-improving TS040 Hybrid LMP car that resulted in the #8 Toyota of Anthony Davidson and Sébastien Buemi taking victory at the 6 Hours of Shanghai.

Shanghai also marked Toyota's second one-two finish in a row following their result at Fuji, and pushed Davidson and Buemi further into a championship lead with Bahrain and Sao Paulo still to go.

Toyota has always had speed but reliability issues and bad luck hampered its results earlier in the year - notably at the double-points round in Le Mans. With a lucky number on the front and the car now running as well as it goes, Davidson and Buemi are looking good to seal this year's title, with 42 points in hand to the #2 Audi of Fässler, Tréluyer and Lotterer.

In LMP2, the Morgan-Nissan of Roman Rusinov, Olivier Pla and Julien Canal fended off the #30 HPD ARX Honda to take the win. Makowiecki and Pilet's Porsche 991 RSR sealed LMGTE Pro victory, while the Aston Martin V8 Vantage of Dalla Lana, Lamy and Nygaard completed an Aston Martin 1-2 in LMGTE Am.

The World Endurance Championship series now heads to Bahrain on November 15 for a packed schedule that will see the series decided by the end of November. In the meantime, keep your eyes peeled for Anthony Davidson's report from Shanghai in My evo Year.