The Tuthill Porsche 911 RGT impresses during Irish testing. With video 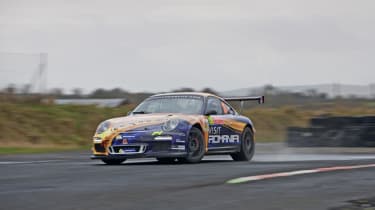 After our R-GT win in the 2015 Monte Carlo Rally, a quick turn-around of the car was required before it set off for customer testing in Ireland.

Rally audiences have shrunk since the glory days, when powerful sports cars drew tens of thousands of spectators onto rally stages all over the world. The R-GT category is intended to recapture that excitement, and fans disillusioned with what they call ‘shopping cars' in rallying. Our customer Porsche 997 R-GT rally car rekindles old-school glamour, at a fraction of the cost of the 1600cc hatchbacks driven by many modern-day privateers.

Rallying continues to enjoy a passionate following in Ireland. The Tuthill R-GT car is eligible for all Irish Tarmac rallies and has created a lot of excitement amongst Irish rally fans on social media, so championship organisers were keen to get the car across the water for a number of competitors to experience.

Our two-day test began at the Aghadowey circuit, south of Coleraine. The fast track at this former US Air Force base hosts many racing and testing events. Well-known names in Irish rallying arrived throughout the day to experience the power and traction of a modern Porsche 911 rally car. TT racing legend, Michael Dunlop, also came along and enjoyed a passenger ride on track. 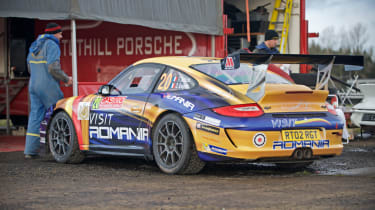 Day two was where the car could really show its ability on Michelin tyres across a uniquely Irish surface: a bumpy, twisty ribbon of Tarmac used on many previous Ulster Rallies. Team boss, Richard Tuthill, took passengers through the stage at speed, before handing the car over to some of the leading lights of Irish rallying.

Feedback from the testing was excellent. One driver intimately familiar with modern WRC cars insisted that the car was as quick as any WRC car through many sections. Could we see the car on the 2015 Circuit of Ireland at the hands of a local hero? That would be an incredible sight!

In case you needed more proof Richard Tuthill can drive...