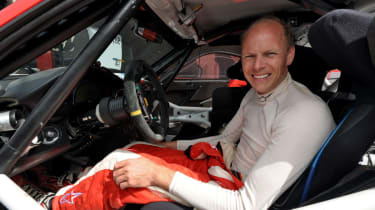 This project – a Porsche 997 GT3 rally car - started for us with an attempted entry on Rally Sweden four years ago. We thought there was a way to make it happen, but it was not meant to be. It wasn’t until the FIA officially sanctioned the GT rally car class (R-GT) mid-way through 2013 that we said ‘OK, this is a real market now. We need to be involved.’ 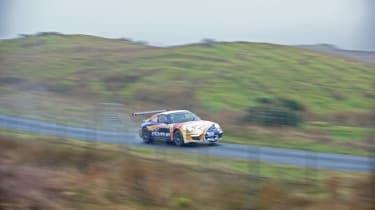 Our team of 27 people has since been on a programme where we first had to build a car, then we did WRC Germany, then France, testing in Italy and then we had to focus on the Monte. Our next big event looks like it could be the Moscow Rally Masters Show in April, so that gave us a perfect window to come to Ireland, buoyed by our win in Monte Carlo.

Porsche has a rich rally history on this side of the water. Ireland opened its entire tarmac championship to the R-GT class last year and the Irish fans are amongst the most devoted anywhere in the world. We want to see our R-GT cars being rallied here.

With the Circuit of Ireland approaching, I would love our car on this rally, as it’s a European Championship round and one of the greatest rallies in the world. We’ve built an incredibly proficient 911, that we know can be manipulated to perfectly suit the Irish terrain. Driving the 997 R-GT at speed down these stages, it feels nimble and sticks to the road, shrinking around the driver. It belongs on the Circuit of Ireland.

We’re not kidding ourselves that we can take an overall win, but this project has never been driven by final positions. This is about passion: it’s a really cool thing to drive. I’ve had this vision that everyone who is involved in rallying will want to experience the Tuthill Porsche 997 R-GT car, but if there is any market where our car should be well received, given Porsche’s history and the nature of national rallying, it is here in Ireland.

Next time find out how Tuthill Porsche is doing after more testing in England. Can the 911 win again?