The five cars of Ferdinand Piech 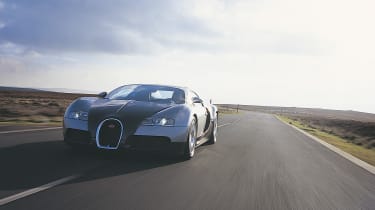 Ferdinand Piech is a legend of the motoring world. Responsible for some of the most innovative and forward thinking automotive creations, the Austrian engineer has played a pivotal role in both motorsport and road car production, changing the shape of sports car racing and even raising the bar of production car quality.

Below, we look at five Piech creations. Each perfectly illustrates his engineering genius and hunger to be the best in its own way. 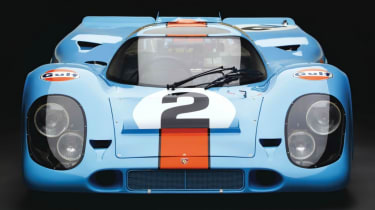 The greatest racing car of all time? That’s a grand claim, but if any car has a pair of rear slicks fat enough to fill those tyre tracks then it’s the stupendous 917. Piech’s ambition to put Porsche at the top of the pile in sports car racing would ravish the company’s accounts, dumfound officialdom, and truly create a monster – one with an air-cooled flat-12 that utilised up to 600bhp to reach speeds of 240mph+ in extremis. Early ones were terrifying to drive, largely due to Piech’s devotion to a low-drag doctrine, but even a newly Fiat-financed Ferrari couldn’t stop this Stuttgart steamroller. 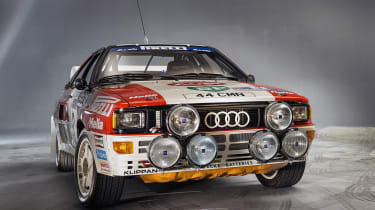 Piech’s aggressive engineering-led approach formed the bedrock of the turnaround at Audi, leading to cars like the Ur-Quattro and the slippery 100. A turbocharged, four-wheel drive coupe with thick-set, chunky styling really was cutting a new path in the late 1970s, but the success of this car helped catapult Audi to prominence, masterminded, naturally, in later years by Piech himself. Just how would the DNA of Audi look now without the off-beat bellow of a blown five-pot at full chat, or the image of a Quattro S1 sideways over a crest on the 1,000 Lakes rally? 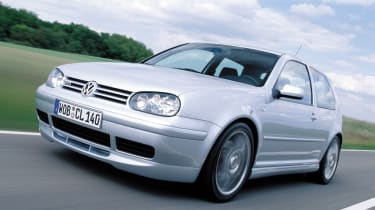 Crisp shutlines, slush-moulded dashboards, thumping door shuts and damped grab handles: these are not the stuff that evo dreams are made of, true. And yet in a nerdy way, these attributes, particularly in the way they were introduced to the mainstream, were what the mk4 Golf defined. This was the beginning of the ‘perceived’ quality era, and it has largely formed the template ever since; even an evo test isn’t complete without some reference to interior architecture and its tactile qualities. That the Mk4 GTI will never be considered a good GTI, let along a great one, is somehow apt. So next time someone whines on about the quality of the plastics inside a Megane Renaultsport, thank Ferdinand.

Piech is famed for setting aggressive engineering targets. Sometimes, say, in the case of the ill-judged Phaeton, they seem downright eccentric; in the case of the Veyron there’s an intensity to them that creates something extraordinary. With its quad turbo W16 engine, the Veyron picks up where the Can-Am Porsche 917s left off: its requirement to exceed over 250mph and be as easy to drive every day as a Golf must have given its engineering team one very long headache. Strangely overshadowed in recent years by a new breed of lighter, hybrid hyper cars, the Veyron will one day be surely revered as a landmark in the story of the supercar. 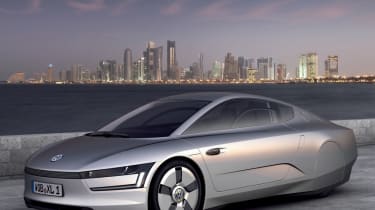 Piech first publicly drove the prototype (known then as L1) of this amazingly futuristic vision of mobility to his last board meeting as Chairman in 2002. In its originality of thinking and its ruthless efficiency it has to be one of the most fascinating cars of recent years, and in Ducati-engined Sport form, a glimpse at a future where light weight and aerodynamics rule performance motoring more than raw power. Still, as those wayward and perilously frail 906s, 908s and 917s hammering down the Mulsanne once proved, chasing that low coefficient of drag and saving every gram always did fascinate Ferdinand Piech.