Should you fit winter tyres to your car?

We test four tyre categories in dry, wet and snowy conditions to find out which is best suited to the UK 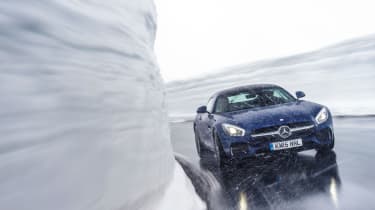 Millions of road users across the northern hemisphere have already equipped their cars with winter tyres this season. Whether it’s because of legal requirements or simply in preparation for cold weather, for many, the practice of swapping summer for winter rubber is habit. In the UK however, it’s almost unheard of.

If the past few years are anything to go by, less than five per cent of Brits will fit winter tyres to their cars. There are many reasons for this – research shows that few people are aware of the difference seasonal rubber makes, others blame expense; some haven’t even heard of winter tyres… A recent study by Michelin revealed that even when faced with statistics proving the benefits, many Brits would describe the seasonal changing of tyres as an inconvenience.

All-season tyres can address this problem somewhat, but since they offer average performance across the board, in a country that experiences an average of just two weeks of settled snow a year, there’s often little motivation to ditch the summers. 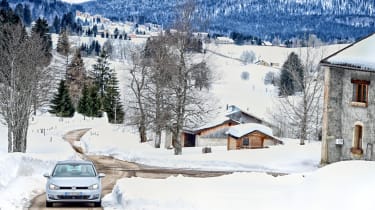 Industry insiders find this astounding; ex-F1 racer David Coulthard recently told evo he thinks winter tyres should be mandatory in the UK, especially in certain areas. ‘Okay, certain cities can be exempt – you very rarely get snow in central London for example – but there should be some sort of blanket ruling like they have in Germany. It’s a night and day difference.’

In order to see who’s right, and to better understand if there is in fact one tyre category that is best suited to a moderate UK climate, we joined tyre expert tyrereviews.co.uk for a new test. By pitting four different categories of tyre up against each other to test braking, traction and handling in dry, wet and simulated winter conditions, we’ve come up with a set of results that could help you decide which tyres to fit to your car.

The cars were all mechanically identical Skoda Octavias – each was powered by a 1.6-litre TDI engine and sent drive exclusively to its front-wheels through a manual six-speed gearbox.

Admittedly, we could only get our hands on three estates, so the summer tyre was fitted to a hatchback. But since the Octavia hatch is only 10kg lighter than the estate (according to our scales), its effects on this test would be negligible.