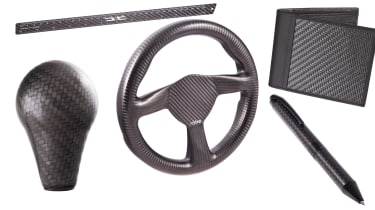 Carbonfibre has a lot to answer for. Sure, it's made F1 cars and supercars immeasurably lighter and stronger than they once were, but it's also been misused to a spectacular degree by the aftermarket parts industry, culminating in that nasty stick-on 'carbonfibre' trim popular in the early 2000s.

Still, if you know where to look it's possible to find quality carbonfibre products, both for your car and to add a dash of motorsport cool to your everyday life. We've investigated a selection below and – to make sure there's substance behind the flash – we've weighed them too. 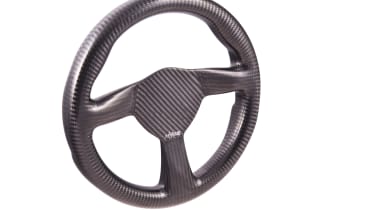 At 201g, we found Reverie’s 255mm wheel – the same diameter as that found in our long-term Caterham Seven 420R – to be even lighter than the claimed 250g, though we’d say its satin-smooth rim would be best operated with gloves. 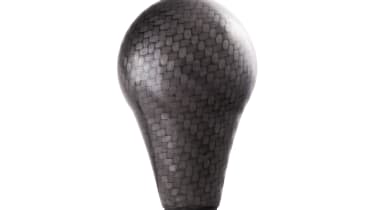 Everyone has a preference when it comes to the shape and size of gearknobs, but Reverie’s ultra-lightweight offering would be the perfect complement to a flyweight Caterham Seven. Not cheap, but then neither is a Seven these days. 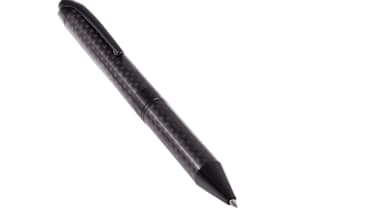 A weighty item for one with a carbonfibre body, but it’s nice to have a bit of heft to a pen anyway, which is why people desire Mont Blancs rather than Bics. Cutting Edge says the ‘1x1’ fibre weave is of the kind you’d find in Formula 1. 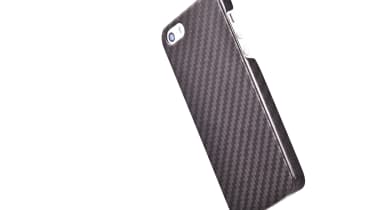 If you’re the sort whose iPhone screen is covered in cracks, a strong, carbon case could be an accessory worth investing in. This one fits snugly around the phone and will perhaps preserve its screen for just a little longer in your clumsy tenure. 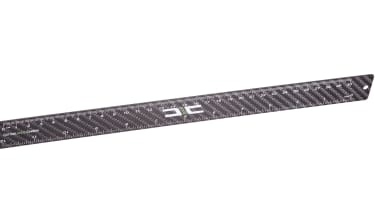 A ruler possibly isn’t the first product you’d think of making from carbonfibre, but it’s hard not to be impressed by the beautiful weave in this 30cm-long metric and imperial example from Elemento. It looks and feels like it’ll last forever and passes the classroom-desk twang test, too. 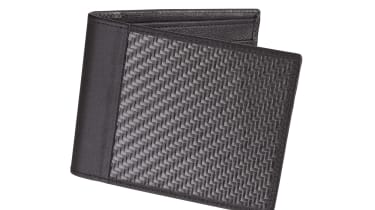 It’s a rare thing to see carbonfibre weave without a shiny resin coating, but there’s an extra degree of tactility to this design that you won’t find in most carbon products. It has six card pockets and two hidden inner pockets.