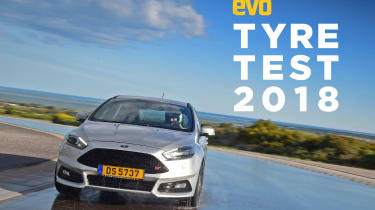 Just as in the dry handling test, in this discipline the field breaks into two camps, the overtly sporty - Continental and Michelin - and the rest, which have more rounded attributes. The road route is about feel and feedback in general driving, the tyres being rated for steering feel and feedback and how they cope with different surfaces impacts. The scores are quite close, the Continental topping the table thanks to its excellent steering - ‘responds crisply to inputs and feels connected and precise’. It was a relatively hard, noisy ride though, and the Michelin struck a similar compromise and was ranked equal third: ‘direct, tactile steering but a noisier, more tactile and sharper-edged ride’.

In second place was the Dunlop, which scored decently across the attributes, with steering that was a touch wooly at low speed but felt better connected by 50mph, allied to a ride that was quieter than the sportiest tyres and more absorbent. The Goodyear was equal third with the Michelin and had more steering feel than the Dunlop and similar connection feel but gave a higher pitched noise and wasn’t as good as taking the sting out of ridges and other impacts. The Falken steered like the Dunlop but with lighter efforts and its ride was more jiggly, while the Toyo was had softly connected steering and was noisy but compliant. 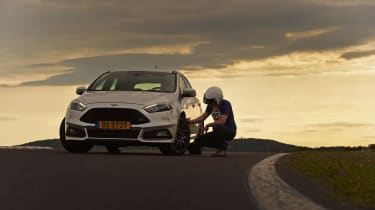