Something rather special, and single-minded, is needed for roads as intimidating as these 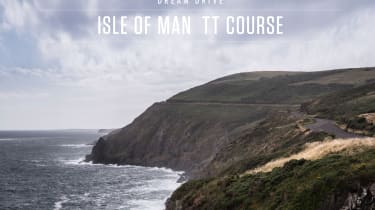 As you reach for the bedside switch, and with a ‘click’ plunge your world into darkness, so the scenes flicker in your mind. And as your head sinks into the pillow, taking the strain from your neck and relaxing your shoulders, so the sounds begin to play in your ears. There are nearly always two identical cars because, hey, you’re dreaming, and it’s cooler with a pair. And the road is always closed. No traffic. No limits.

Initially you see the two shapes, almost perfect wedges in this instance, as if from a helicopter. Already in full flight, they are tearing across a bleak landscape, heathery mountain moorland spreading out around. The distant sea, despite the sun being out, has a steely blue hue. The cars brake – there’s more dive than you had expected to see, the surprisingly lengthy travel and tall sidewalls compressing as the drivers hit their respective middle pedals moments apart, but perhaps leaving a little more leeway than expected, suggesting unassisted anchors. They jink through a sort of chicane of incongruous low, white walls. As you zoom in for a closer look you see the roll transform into squat as a flare of revs sees both cars slide slightly on exit, struggling to contain a combined 1200bhp with no help from any electronics.

Now you’re in the driver’s seat of the first car and you begin to understand why your subconscious chose this car for this place. Something responsive with a neck-jolting power-to-weight ratio was required, but it’s no good running out of puff at 150mph up here, so you want something capable of big numbers, too. With the four-point harness clamping your shoulders and waist to the thin seat you feel a part of the car, particularly when you go for another gear, your right hand guiding the smooth, stubby lever around a gate no bigger than a matchbox. This is proper analogue driving and you’re at the centre of the action, just like on a bike. Which is appropriate, because this is Snaefell Mountain, the end of the famous – infamous – Isle of Man TT course. 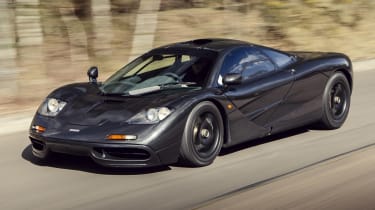 On to the Mountain Mile and the white paint on the road is blurring into one continuous stripe. With nothing coming the other way you can commit to each of the three apices of the Verandah, trying to maintain a constant lock with the steering that has become much lighter with speed. This place demands you feel intimidated and the car is certainly intimidating.

Approaching the wide, cambered Windy Corner you find yourself in the car behind, the shriek of the exhausts in front mingling with the induction noise in your own cockpit so that the V12’s full repertoire consumes you. Past Kate’s Cottage and then feed in the McLaren F1’s floor-hinged throttle, nose rising as you accelerate downhill towards the Creg. Revs flare as the road falls away, and as you land so you twitch in your sleep and the image fades. Just a dream.

Where is the: Isle of Man TT course

The Isle of Man TT course is a motorcycle road-racing circuit on a small island between England and Ireland.

Its roads have no national speed limit for the majority of the year.