We break down eight of Pininfarina’s most influential designs, and reveal why it’s such a design superhero 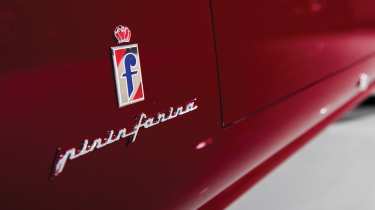 The Maserati Birdcage Concept. The Rolls-Royce Camargue. The Peugeot 406 Coupe. The Ferrari Enzo. What links these cars is not their makers, engines or era - it’s the company that penned their designs. A traditional coachbuilder, turned one of the most influential and dynamic automotive design dynasties in the world, Pininfarina is responsible for many of the most deftly, artfully and subtly designed masterpieces of the last 90 years.

Founded by Battista ‘Pinin’ Farina in the small town of Cambiano just outside of Turin, this master of automotive design started with no more than a small loan from his in-laws to eventually become Pininfarina, a design house spread across many disciplines, and now one of the most influential names in the business.

> Click here for the latest on the Pininfarina Battista

Pininfarina is now on the cusp of launching with its own range of self-branded electric passenger and sports cars, so now’s as good a time as any to take a look at eight iconic models through the decades that defined not only Pininfarina, but the entire world of automotive design. Iconic for their subtlety, sleight-of-hand and respect for its corresponding manufacturers, Pininfarina deserves its illustrious reputation, and the eight models below show why. 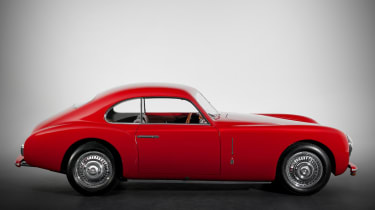 It’s difficult to describe the importance of this little known sports car. It’s not a Ferrari, Lamborghini, or another instantly recognisable marque, but due to its design by Pininfarina himself, the Cisitalia 202 is one of the most influential and important early designs of the post-war car era.

You might spot bits of Lancia Aurelia Coupe here or Ferrari 250 SWB there, but this car came first, amalgamating what had until then been separate engine and passenger compartments into one, sleek elegant shape. The Cisitalia was an instant success at its reveal in 1947, quickly being honoured by MoMA (Museum of Modern Art) in New York, and still remains in the institution’s permanent collection - and what greater accolade in design is there than that? 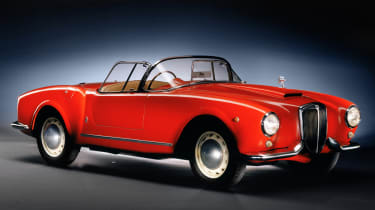 The AC Cobra, BMW 507 Spider and the Ferrari 250 California Spider - all long bonnet, muscular rear haunch and tightly tucked sills, classic design traits of two-seat roadsters right through to the current day. Yet it all began on the Lancia Aurelia B24 Spider, born in 1954 and penned, of course, by Pininfarina.

Mercedes by this time had shown its 190SL Convertible at the 1954 Paris motor show, but its detached rear arches and overfenders didn’t give the Merc quite the same look as the Aurelia and the Spider’s that followed it. Rather, the Aurelia, like so many period Lancias, was an innovator, but this time thanks to the hand of Pininfarina.

If the Cisitalia 202 changed the automotive design landscape from a pre-war to modernist post-war mentality, the 365 GTB/4 ‘Daytona’ was the break into postmodernism. In a sea of curvaceous, muscular or outlandishly exaggerated designs from Europe and the US, which was now well into its car design stride, the Daytona proved once again that Pininfarina still held a unique insight into contemporary car design that would subsequently start a new trend.

The Daytona’s sharp, crisp lines could be parallelled to all types of design influence of the time, with design titans like Ray and Charles Eames or Le Corbusier creating a certain delicate tension with similar hard edges and subtle curvature in furniture and architecture respectively. The Daytona was rightly an instant hit, kicking off a design trend that would last far beyond the car’s model cycle. 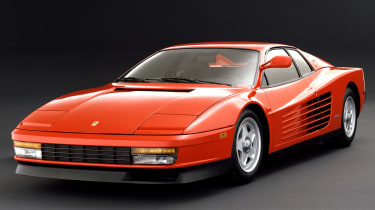 The brilliance of Pininfarina was its ability to employ delicate, finessed design to all cars, not just luxury or supercars. The Peugeot 504 Coupe and Convertible were two such designs, transforming a fairly mundane family saloon car into a beautiful, but crucially accessible models.

The 504’s delicate lines were wonderfully executed, and proved that Pininfarina’s almost perfect aesthetic sensibilities translated to all proportion sets and applications, all the while translating the important design cues and elements from Peugeot itself. The Peugeot 504 Coupe and Convertible were the sleek, sophisticated cars of the people. 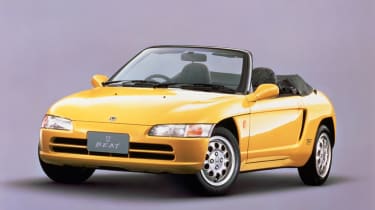 Think of 1980s excess and chances are the Ferrari Testarossa is one of the cars that you think of. By this time, the regional rivalry between Pininfarina, Bertone and Italdesign had brought us a myriad of distinctive designs, but it’s the Testarossa that is one of the most iconic.

Pininfarina had some help with the Testarossa, mind. The package from Ferrari was driven by the distinctive mid-mounted flat-twelve powerplant that required a massively wide engine bay. Rather than try hide its width, Pininfarina instead accentuated it with flat horizontal lines and hidden detailing such as the rear lights and a black lower body section, shallowing the mass even more to create the iconic design. Outrageous. 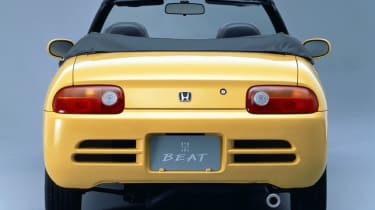 The Honda Beat was Pininfarina’s first Japanese production car commission, and not only created a new set of challenges in its Japanese heritage, but also of needing to meet Japan’s strict Kei car regulations, which essentially revolved around creating a tiny footprint. When finally it was revealed, somehow the Honda Beat was able to transcend its diminutive dimensions, and became a design icon in it’s own Japanese home market.

The Zebra-print seats probably helped, but the Beat was an example of the skill and deftness that Pininfarina could wield, even on a very specialized project that would never reach a global market. 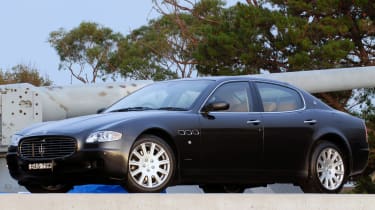 Purity and subtlety - two design elements that Pininfarina has always maintained as central to its whole philosophy. It’s these two elements, in a luxury saloon marketplace that was still reeling from the nuclear explosion that was Chris Bangle’s very first BMW 7-series, that were the reason this fifth generation Quattroporte sold two thirds of the total build run in the second half of the build cycle.

This is because the fifth generation Quattroporte, more than any other post 20th century Pininfarina design, seems to inhabit the very essence of brand, with a subtlety and sophistication to the overall design that is still unchallenged in Maserati’s contemporary line up. It aged beautifully, and relies not on trend or fashion, but proportion and sophistication. Some say the headlights are too small, that it looks bland or slab-sided, but the MK5 Quattroporte is an exquisite design with pitch perfect detailing. Sublime. 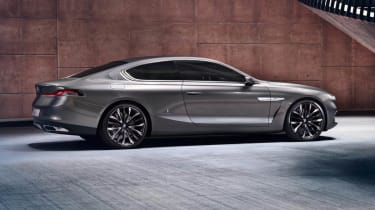 You might have seen the latest BMW 7-series. It’s almost as if the wonderfully sleek E38 7-series never existed. Subtlety it seems has now totally given way to shock factor and pandering to the will of the marketing departments. Pininfarina proved there is another way, designing the BMW Gran Lusso concept, a beautifully proportioned and detailed coupe based on the previous generation 7-series back in 2011.

What could have - and should have - been the new 8-series, the Gran Lusso’s expansive glasshouse, thin lights and taught surfacing makes a contemporary 8-series coupe look like a monkfish in comparison. Proof that an outside opinion when it comes to design is still a crucial element of contemporary car design.