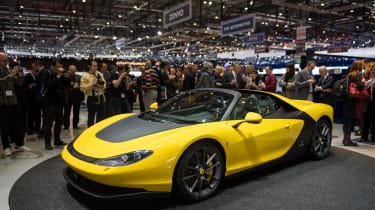 The curtain may be firmly raised on Ferrari’s turbocharged 488 GTB at the Geneva motor show, but naturally aspirated prancing horses are not the subjects of history just yet.

This is the Ferrari Sergio – Pininfarina’s 458 Spider-based tribute to Maranello and the 60-year collaboration between carmaker and coachbuilder. Just six examples of the roadster are planned, each with a different colour and interior configuration, and final assembly will take place in Cambiano, just outside Turin, in Italy.

At first acquaintance the Sergio’s rounded edges seem to have influenced the lines of Ferrari’s latest model, which is by and large softer to the eye than the 458 Italia it replaces. The almond-shaped rear lights, too, seem to have been taken as inspiration for the 488 GTB. 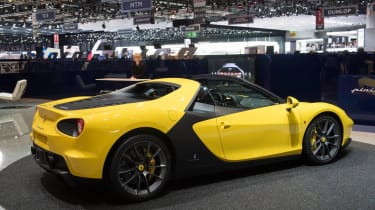 This two-seater barchetta is, however, bespoke in the extreme and derived from a concept version originally presented at the 2013 Geneva motor show as a celebration of the life of company founder Sergio Pininfarina. The production version has sprouted a windshield but almost everything else – including the expansive Ferrari Daytona Plexiglass-style headlight unit – remains.

The powerplant is, of course, naturally aspirated too, and is the same 597bhp, 4.5-litre flat-plane crankshaft V8 found in the Ferrari 458 Speciale (winner of last year’s evo Car of the Year contest and all-round dream machine).

As a result, performance is on another level to previous Pininfarina creations. From rest it takes the open-top Sergio three seconds dead to hit 62mph and top speed is in the region of 200mph. It is just as well, then, that the donor car’s chassis and mechanicals have been left untouched, although the bodyshell is said to be stiffer than the 458 Spider’s and overall 100kg has been cleaved from that car’s 1530kg kerb weight. 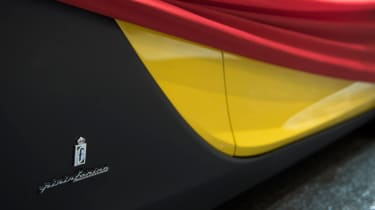 As far as small details go, the car on display in Geneva features carbon-ceramic brake discs and Michelin Pilot Sport Cup 2 tyres. The interior architecture is also almost identical to that of the 458 Spider and boasts extensive carbonfibre trim and Alcantara inserts.

Pininfarina pens have been behind the aesthetics of nearly every memorable Ferrari since 1951. In fact, the only times the carrozzeria’s services have been spurned were during the development of the 1973 Dino 308 GT4 and the LaFerrari. As far as the latter car is concerned, Pininfarina’s final design lost out to one from Ferrari’s in-house design team.

The estimated price of the Ferrari Sergio – some £2.5million – is academic because every example is spoken for. Its position as perhaps the ultimate iteration of an open-air Ferrari with a naturally aspirated, mid-mounted engine, however, could see even that heady value rise. 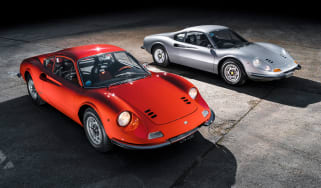 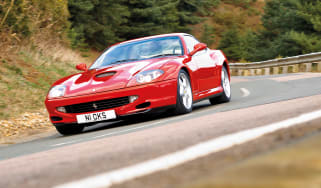 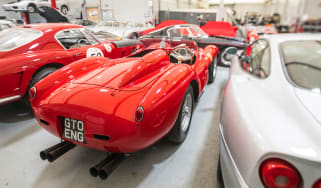