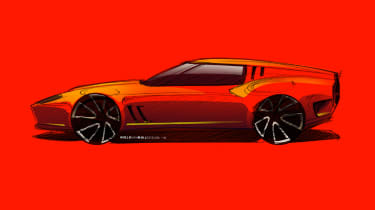 Everyone is jumping on the shooting brake bandwagon these days but few have attempted to revive the more unusual ‘breadvan’ style made famous by the Ferrari 250 GT SWB racers of the early 1960s.

Until now, that is, as London-based design house Niels van Roij design has released preliminary sketches of what it’s calling the Breadvan Hommage, based on the sharply-styled 1990s Ferrari 550 Maranello.

The sketches show a convincing recreation of the original 250 Breadvan’s styling, with a straight shot of bodywork from the original 550 roofline to a sharply cut-off ‘kamm’ tail – an effective aerodynamic technique that helped separate air flowing off the roof without creating turbulence and drag. 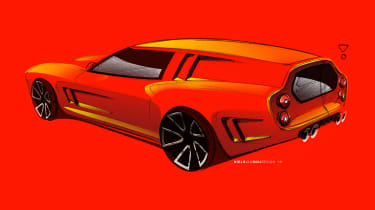 Several other elements of the Breadvan Hommage echo those of the original, notably in the way the rear element tapers towards the back of the car, leaving the car’s haunches largely untouched by the conversion, as well as large vents just aft of the cabin, and stacked, circular tail lights on the flat rear end.

Some aspects of the design are still clearly being finalised, as the sketches show several variations, including different bonnet designs, the possibility of a full glass tailgate, and a couple of different side vent options. And while the bulk of the car still keeps the appearance of the donor car, Van Roij notes that only the windscreen will be identical to that of the 550 – even the car’s headlights will be different.

Van Roij calls the 550 a logical starting point for the project, given its conceptual similarities to the 250. ‘The 550 is the first Ferrari in 24 years [since the Daytona] which was built in the same way as the 250 GT at the time; a large V12 in front with a manual gearbox,’ he explains. ‘It gives us a unique opportunity to base our interpretation of the legendary Breadvan on a car with a corresponding DNA.’ 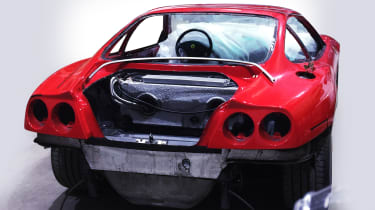 Of course, the 550 itself has its own successful race history, most prominently with Prodrive whose 2001 550 GTS would take victories in its first season, as well as a class win at the 2003 Le Mans 24 Hours. The year after it took third in class at the same event, with Darren Turner and Rickard Rydell joined by Colin McRae.

Van Roij’s project will be formed from aluminium and work has already begun to separate the 550’s rear end from its chassis. The team will continue to release updates throughout the early part of the year – and we should see the end result in the summer. 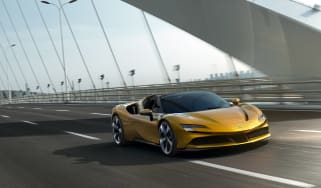 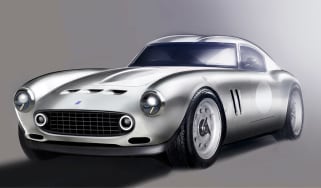