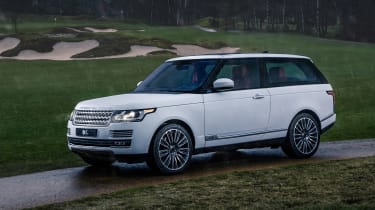 As a result of Jaguar Land Rover’s poor financial position in early 2019, the two-door Range Rover SV Coupe was axed before it even hit the road. However, the project was scooped up by London-based Niels van Roij Design, and the very first cars are now entering production.

Land Rover’s prosperous few years focusing on the fashionable Range Rover came to an abrupt end in the face of rapidly declining Chinese sales, the arrival of new rivals such as the Bentley Bentayga and Rolls-Royce Cullinan, and the stalling of diesel sales within Europe. These factors played havoc with JLR’s bottom line and forced Land Rover to focus on its more profitable model lines, something the highly bespoke two-door Range Rover was unlikely to be, despite the huge purchase price.

Though the SV Coupe was set to be limited to 999 examples, only 100 units of the new Niels van Roij Design Adventum Coupe will see the light of day, with prices starting at €270,000 (£245,000). Under the bonnet you’ll find JLR’s ubiquitous 5-litre supercharged V8 in a 518bhp state of tune, likely providing the same sub-6sec 0-62mph time as the similarly powerful P525 Autobiography.

The very first Adventum Coupe has already hit the road, finished in a bespoke Artic White with red leather. Buyers can customise every element of the car to their liking – in this instance teak flooring was optioned throughout, alongside a piano black dashboard, electrically operated rear seats, and even custom-made umbrellas, using the same red leather as in the cabin. 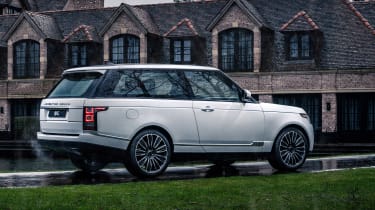 Assembled by Netherlands-based coachbuilder Bas van Roomen, a commission will take at least six months to come to fruition thanks to the bespoke nature of the machine. Custom-made aluminium bodywork, a completely redesigned interior and any unique options requested from the buyer all contribute.