In keeping with Ferrari’s shortened five-year model lifecycles, GTC4 Lusso production has ended, but without a successor 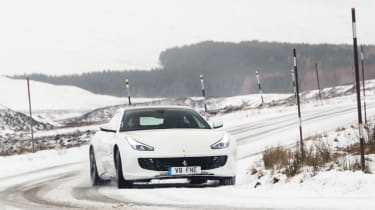 Ferrari has ended production of its four-seater GTC4 Lusso and GTC4 Lusso T. The two models were unique in the high-end GT market, combining a full four-seat interior with ample luggage space in a shooting brake body, with a choice of potent V12 and V8 powertrains.

Ferrari commented on the model line’s conclusion by stating: ‘In accordance with its five-year model strategy announced in 2017 and the company’s standard model lifecycle, Ferrari has phased out production of the GTC4 Lusso and GTC4 Lusso T.’ This is in line with the short lifecycle Ferrari applies to all its contemporary models; the difference here is that there’s not a direct replacement to pick up where it leaves off. 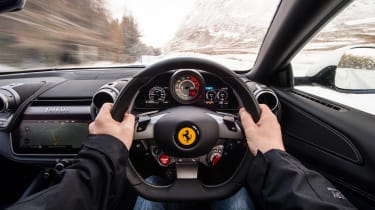 This is due to Ferrari’s current switch-up of its range, with the new Roma and SF90 stepping out of defined positions within the line-up that have been a consistent fixture since the template was set in the mid-’90s with the 456GT, 550 Maranello and F355. So while the GTC4 Lusso has no direct successor, the Roma’s 2+2 template will offer a fixed-top GT to partially fill the gap.

The GTC4 Lusso was itself a redesign of the FF, a model which introduced the shooting brake design to Ferrari’s range in 2011. Like the V12-powered GTC4 Lusso, the FF was defined by its unique all-wheel-drive set-up that utilised a secondary transmission attached to the front of the V12 engine to drive the front wheels. This complemented the standard rear-mounted dual-clutch transmission to create the first ever all-wheel-drive Ferrari.

The question of whether we’ll see another full four-seater GT Ferrari is down to whether the company’s customers believe an SUV can play a true GT’s role. Ferrari will soon launch its first SUV, which for the time being at least is likely to kill any chance of an all-new interpretation of the GTC4 Lusso. And that’s a shame considering its collection of assets made it a true quirk of the industry at large.

The new BMW M4 Competition applies its war paint, but there’s no manual coming to the UK
Visit/best-cars/203099/the-worlds-10-best-gt-cars-3-1