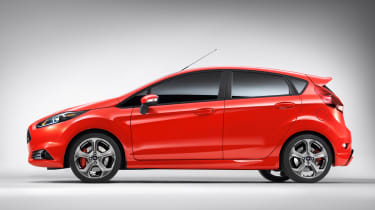 Ford has revealed a five-door Fiesta ST concept which will be shown at the 2011 Los Angeles motor show. It follows on from the three-door that debuted at September’s Frankfurt show.

The hot Fiesta comes with 178bhp and 177lb ft of torque from its 1.6-litre Ecoboost petrol engine. This trumps the next most powerful variant, the Fiesta S1600, by 46bhp.

Ford has also tuned the chassis. The ride height and suspension geometry has been fettled to ensure the Fiesta ST can take the fight to its accomplished rivals, namely the Mini Cooper S, Renaultsport Clio 200 and Vauxhall Corsa VXR Nurburgring.

Expect more pictures and details of the more practical hot Fiesta when it’s unveiled to the public on November 18. See the cars the Fiesta needs to beat on video We blog on the Fiesta ST’s Frankfurt show unveil 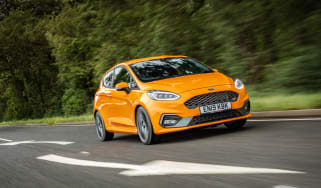