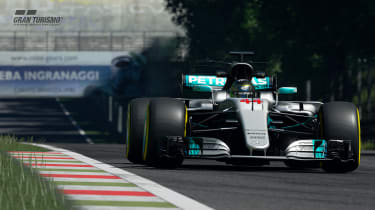 There’s no shortage of games that let you drive Formula 1 cars these days, not least the official F1 2017 title (and F1 2018 is just around the corner).

But fewer of those let you drive such a diverse range of other cars around the same circuits, and the latest 1.23 update to Gran Turismo Sport exemplifies this variety, not only adding the 2017 Mercedes-AMG W08 EQ Power+ Grand Prix car, but also a classic Ferrari and a trio of Japan’s tiny kei sports cars.

The arrival of Lewis Hamilton’s 2017 wheels is the biggest news, marking the first official F1 entry in the Gran Turismo franchise since the Ferrari F2007 and F10 available in Gran Turismo 5. 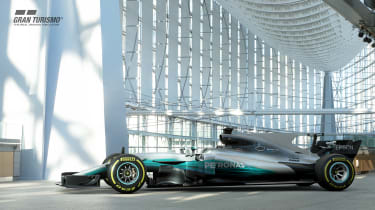 It should be comfortably one of the quickest cars in the game, and with a selection of Grand Prix tracks also available in-game – including Interlagos, the Nürburgring GP layout and Suzuka – there are some appropriate locations in which to test it.

Also new to GT Sport is the 1991 Le Mans-winning Mazda 787B. This car has made it into previous GT titles, but as the images show, this is about the highest detail we’ve yet seen short of witnessing the real car itself at events like the Goodwood Festival of Speed. It’s joined in the high-performance stakes by another previous GT choice, a Ford GT LM Spec II test car. 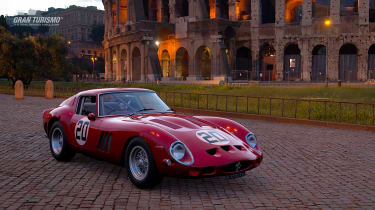 Going straight in as one of the most beautiful cars to have featured in the franchise, you can now drive a 1962 Ferrari 250 GTO in GT Sport – specifically, serial number 3729, a right-hand drive car driven by the likes of Roy Salvadori, Graham Hill, Jack Sears and Richie Ginther.

Finally, there’s a trio of kei-class sports cars from Japan: the front-wheel drive 2002 Daihatsu Copen, the 1991 Honda Beat and the Beat’s modern successor, a 2015 Honda S660.

You’ll be able to drive all three in another new addition to the game (and another returning feature from previous GT titles), the Lightweight K Cup. There’s also a new Nostalgic Car Festival event for pre-1979 cars and a single-vehicle series for the W08, while GT Sports “Scapes” photography section has some new locations. 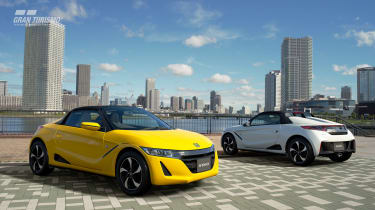 And on the subject of locations, there’s an all-new track, the fictitious Circuit de Sainte-Croix located near Provence, which includes six layouts for various different races.

Finally, GT Sport has bowed to the market for micro-transactions, and players will now be able to spend real-world money on in-game vehicles (of under 2 million credits) through the PlayStation Store. Hopefully the GT series doesn’t go too far down this road, but all GT Sport’s cars are still available by more traditional means.