The Bugatti-based Edonis is the car the EB110 might have become. We drive them both 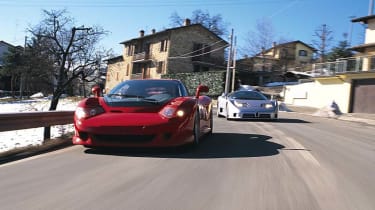