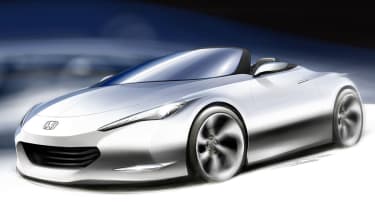 Although there are no plans for the OSM to enter production, feedback from customers at the show will guide future developments.

The OSM will be revealed during Honda’s press conference on Tuesday, 22 July at 10.30am, on the Honda stand in the North Hall where it will be joined by the FCX Clarity – Honda’s hydrogen fuel cell production car (image).