Hyundai has revealed the latest development of its 2014 i20 rally car. Pictures and evo show video here 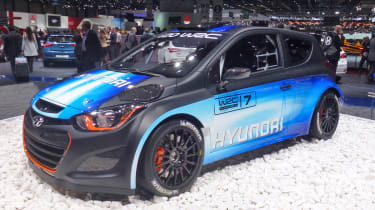 Hyundai has revealed an updated i20 WRC car at the Geneva motor show, which improves on last year’s concept in several key areas. The company is preparing to enter the 2014 World Rally Championship, and is currently testing the i20 extensively.

Since the car’s debut last year at the Paris motor show, Hyundai has improved aerodynamics of the i20 considerably – with the main benefit of improved cooling, as well as various suspension changes. The most obvious difference externally is the eye-catching new colour scheme. Video here: 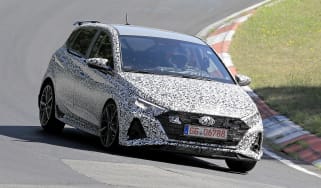 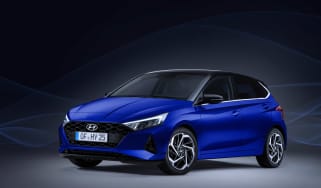