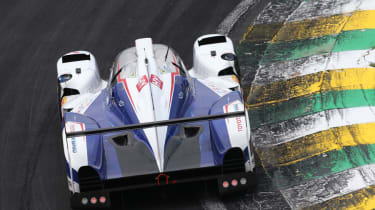 You'd probably expect 2014 WEC champion Anthony Davidson to pick a race win as his best moment from 2014, either that or perhaps the moment he secured the championship. But confirming he's a racer through and through, Davidson chose the tense final few laps of Brazil as his most memorable moment.

>Watch - Anthony Davidson on his most dissapointing 2014 race

He may have failed to secure the win - Mark Webber's massive race finishing smash ensured that - but a late switch to new Michelin rubber enabled Davidson to drive his Toyota TS040 Hybrid on the absolute limit. Wringing the 1000bhp LMP1 car's neck along the undulations of São Paulo's famous circuit, Davidson confirms that there's nothing better to him that driving flat out.