Jaguar F-type to debut at Paris

Jaguar has announced that it will be unveiling the production version of the F-type at the Paris motor show. 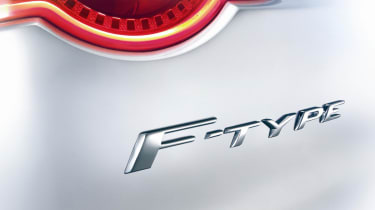 Jaguar has announced that it will be unveiling its production version of the F-type convertible undisguised for the first time at the Paris motor show on 27 September.
The F-type will initially be launched in roadster form, with a choice of two petrol engines - a 335bhp and 374bhp versions of Jaguar’s all-new 3.0-litre supercharged V6, plus a new derivative of its existing supercharged 5.0-litre V8.

Subscribe today to have every issue of evo delivered straight to you. You'll SAVE 39% on the shop price, and get evo for its original cover price for a whole year!
Subscribe now
Jaguar’s eight-speed automatic gearbox and stop-start technology will be standard on all F-types from launch, with more details to be released at the Paris show.
Read the full story of the upcoming Jaguar F-type here
Advertisement
Advertisement - Article continues below
Follow us on TwitterFollow us on FacebookEmail us
Advertisement