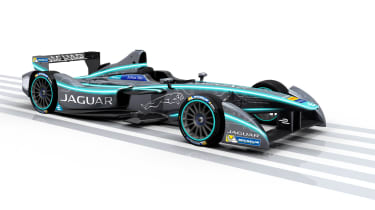 Jaguar will return to motorsport later this year, with an official entry in the FIA Formula E Championship – the world’s premier all-electric single-seater racing series.

The Jaguar Racing team has now revealed a small teaser video of its car in action at a private test session - suggesting the car's development is well underway before its debut at the first race of the third Formula E season at Hong Kong this October.

The video is launched alongside official Twitter, Instagram and Facebook feeds for the Jaguar Racing team, and shows a car in testing livery negotiating what appears to be the twisting Mallory Park circuit. An entirely appropriate location for a silent electric vehicle test we think, given Mallory is a circuit whose business is heavily affected by noise complaints from local residents.

Jaguar's effort is a fully factory-backed team and has support from Williams Advanced Engineering – a firm with significant experience in electric propulsion and advanced powertrains.

The two firms already have a long term relationship, working together on projects such as the C-X75 plug-in hybrid concept car. In Formula E, WAE will provide extensive motorsport knowledge and electric powertrain experience.

Jaguar Land Rover itself will build on that experience to aid development of its future electric-powered road cars. The firm already employs over 8000 engineers and spends huge volumes on R&D, both of which could be applied to great effect in its Formula E team – just as manufacturers Renault and DS Automobiles are already doing in the series.

‘Electric vehicles will absolutely play a role in Jaguar Land Rover's future product portfolio and Formula E will give us a unique opportunity to further our development of electrification technologies’ explains Nick Rogers, Group Engineering Director at JLR. 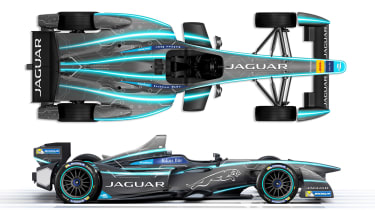 Jaguar has a long history of success in sports car racing, endurance and touring cars. While its foray into Formula 1 (taking over from Stewart Grand Prix in 2000) was less than successful, the move to Formula E is one few could have expected.

‘Jaguar is a brand with a rich sporting heritage,’ said Formula E CEO, Alejandro Agag, ‘and the fact that it is returning to global motorsport with Formula E is a huge endorsement of the championship and its ability to influence the development of electric cars.’

James Barclay, Jaguar Team Director, added, ‘We looked in detail at alternative ways of returning to motorsport… with our future EV plans, Formula E was the obvious choice and we believe that the benefits are enormous.’

While Formula E is yet to fully win over motorsport fans, the series has become a hotbed of close, exciting racing and has undoubtedly added a new dimension to the motorsport world. With support from major manufacturers like Jaguar, Formula E is sure to go from strength to strength. 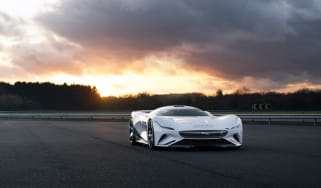